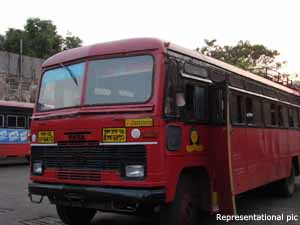 Nagpur News : Sitabuldi police booked a bus driver in forgery case on Thursday. According to information, Sheikh Jumman Sheikh Tiran, a resident of plot No. 57, Chitnis layout, near bada Tajabad, had acquired job as a bus driver by submitting fake school documents to MSRTC a few years ago.

When Security Inspector Praneeta Bagde (38) found out this, she lodged a complaint with Sitabuldi Police Station against Sheikh Jumman Sheikh Tiran. On her complaint, police registered an offence forgery under Sections 320, 468, 471 of the IPC against him. Further investigations are under way.