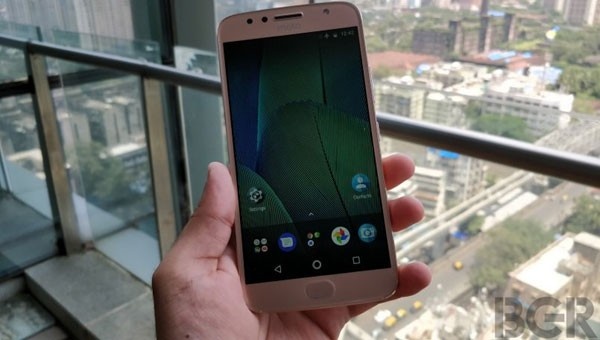 With the Moto G6-series launch around the corner, Lenovo-owned Motorola has slashed the price of the Moto G5S in India. Launched last year for Rs 14,999, the smartphone now gets Rs 5,000 price cut, and will now be available to purchase for Rs 9,999. The revised pricing is applicable on purchase made via Amazon India, Moto Hub stores, and other retail outlets across India.

The Moto G5S comes with an all-metal unibody design, and also includes water repellent nano-coating, which means you don’t have to worry about accidental splash of water. Motorola has also added some software tweaks in the form of twist to capture, chop twice for torch, night display and quick reply feature.

Moto G5S specifications and features
The Moto G5S sports a 5.2-inch full HD (1080p) display. Under the hood is a Qualcomm Snapdragon 430 octa-core SoC, along with 3GB of RAM and 32GB of internal storage. There is also a microSD card slot for further expansion up to 128GB.

For photography, the Moto G5S comes with a 16-megapixel rear camera of f/2.0 aperture, PDAF and LED flash. Up front, the smartphone features a 5-megapixel wide-angle camera of f/2.0 aperture for selfies and video calling. There is also an LED flash to help you capture good photos in low-light. Fuelling the device is a 3,000mAh battery with support for TurboPower charging, which Motorola claims is good enough to offer up to 5 hours of talktime in just 15 minutes of charging.

On the software front, the Moto G5s runs Android 7.0 Nougat out-of-the-box, but an update for Android Oreo is been rolled out.