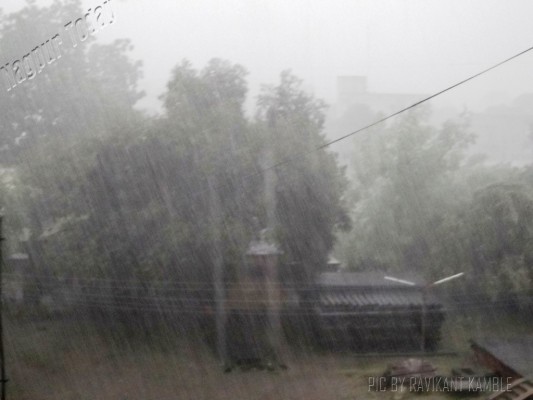 Nagpur News Today: According to the Meteorological Department, the monsoons are expected to make an exit soon.  Having bid farewell to the Northern states of Jammu and Kashmir, Uttarakhand and Uttar Pradesh around the 26th of this month, the rains are expected to leave Vidarbha on the first week of October.

The city saw heavy rainfall again on Wednesday, after a few days of humid heat and bright sun. It began to rain thick and fast around 5pm, and continued at that pace till 5:30, after which it began to drizzle. By 8:30 pm that night, the meteorological department recorded rainfall of 33.8 mm in the city. This brought about a marked release from the heat. While maximum temperature on Wednesday was 33.2 degrees, the minimum was 22.4 degrees.

The monsoons have been more of a curse than a blessing this year, having arrived much later and heavier than expected. Most crops in the region suffered heavy damage.