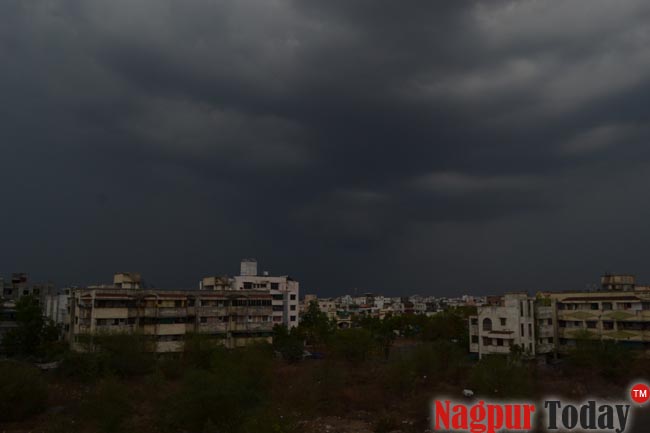 Nagpur News: The wait for the monsoon is over. After pre-monsoon showers for the last few days in Nagpur, Sunday saw heavy rain lashing parts of the city as well as parts of western Maharashtra, heralding the arrival of monsoon in the city.

“Monsoon has advanced to parts of Konkan, Marathwada and south central Maharashtra, covering Mumbai and Pune, on Saturday, a day behind its normal arrival,” said a Met official.

“Conditions are favourable for further advance of southwest monsoon over more parts of the Arabian Sea, Maharashtra and Gujarat, including parts of Konkan, central Maharashtra, Marathwada and Vidarbha,” the official said. The past few days witnessed pre-monsoon showers, bringing relief to drought-hit Marathwada. Beed, Osmanabad, Latur, Nanded received substantial amounts of rainfall during the whole of last week.