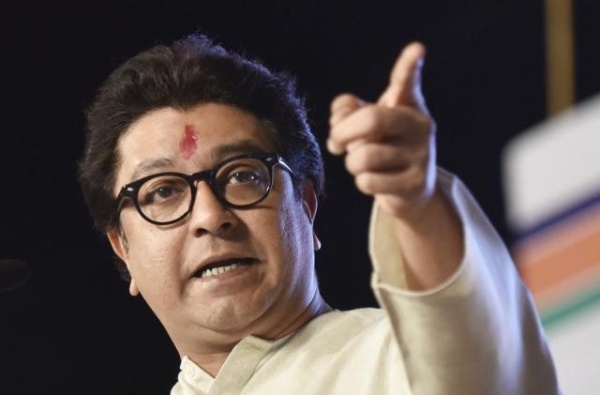 Thane: Toughening its stand, the Maharashtra Navnirman Sena on Monday disrupted and blocked a land survey that was being attempted near Shil-phata here for the upcoming Mumbai-Ahmedabad Bullet Train project, a dream venture of Prime Minister Narendra Modi.

Around two dozen MNS activists waving the party flags came to the Shil village on the old Mumbai-Pune Highway and carried out vociferous protests against the railway and government officials surveying the land in the vicinity.

The survey has been taken up by the National High Speed Rail Corporation Ltd, which has been entrusted with implementing the Bullet Train project coming up with Japanese collaboration.

From Ahmedabad, the Bullet Train route in Maharashtra will traverse through Thane and Palghar districts before entering Mumbai from the southern direction.

The activists blocked the vehicles of the officials and prevented them from carrying out the land surveys for the lands on which the high-tech project is expected to be constructed.

The blockade came days after MNS President Raj Thackeray urged the farmers in Thane and Palghar district not to sell or allow their lands to be acquired for the Bullet Train and the proposed Mumbai-Vadodara Expressway projects.

“Don’t sell your lands (for these projects). It’s a ploy to purchase your lands in the name of the Bullet Train project and evict Marathi people from Mumbai which was separated from Gujarat in 1960,” Thackeray had thundered at a public meeting in Vasai.

Last week, even the All India Kisan Sabha had launched an agitation against the Bullet Train in Palghar and urged people to beware of the project coming up in the name of infrastructure development.

MNS Thane district chief Avinash Jadhav said that the party will continue to opposed the survey and measurement drive since “the people want jobs, not a Bullet Train”, and they will not allow the train to be launched here.

As per plans, the 508 km-long and India’s first Bullet Train project will cost around Rs 108,000 crore which will be constructed with a soft loan from Japan.

The proposal has been opposed by all major parties including MNS, the Shiv Sena – which is a ally in the state and the Centre, the opposition Congress and Nationalist Congress Party among others.