MNS action followed after the NMC permit-holder plumbers were put in a horrible condition as the OCW gave the contact of new water connections and other related works to other plumbers thus meting out injustice to authorized plumbers. The MNS activists stormed the Dharampeth Zone office of OCW and resorted to intense violence in the form of damaging and destroying everything they could touch. The entire office furniture, documents, fans, almirahs, some portion of concrete structure, and other important goods became victims of the MNS fury. 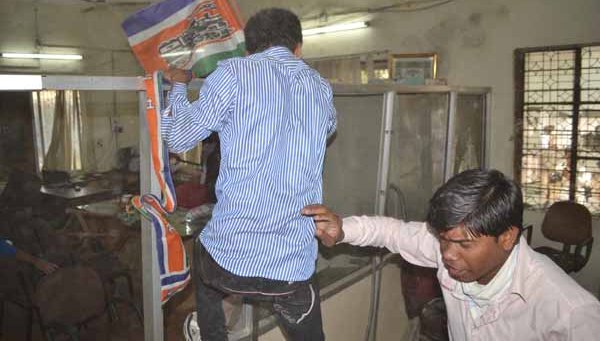 The Orange City Water (OCW) Company, given contract by NMC for supplying water to the Nagpur city for 25 years, faced a human bulldozer for its irresponsible, insensitive and utter failure to supply water or no water at all to many areas of Nagpur.

The OCW, by its poor handling of water supply, was on the radars of NMC bosses, Opposition as well as Ruling Corporators, several political parties, and most and foremost radar of tortured, tormented and harassed citizens of Nagpur.

And the time bomb of red-hot anger was ticking to explode any day. It exploded, too, when the Maharashtra Navnirman Sena (MNS) activists stormed the Dharampeth Zone office of OCW and resorted to intense violence in the form of damaging and destroying everything they could touch. The entire office furniture, documents, fans, almirahs, some portion of concrete structure, and other important goods became victims of the MNS fury. A security guard suffered some minor injuries and became unconscious not by the injuries but after watching the anger of MNS activists and their violent acts. 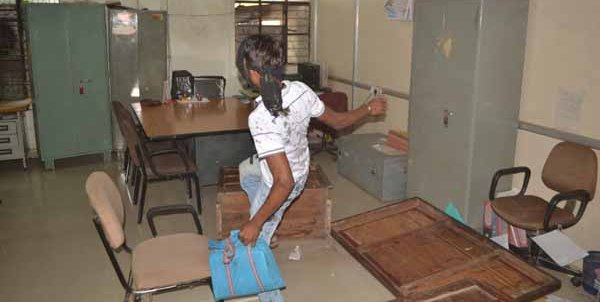 According to Chandu Lade, President of Nagpur District of Maharashtra Navnirman Sena, and Vishwanath Deshmukh, Vice-President of West Nagpur MNS, the action was part of their year-long agitation against the OCW regarding dismal water supply situation and injustice against the permit holder plumbers. Both the leaders said, the MNS was meeting and discussing with OCW management, NMC bosses, Ruling as well as Opposition Corporators about the injustice being meted out to 200-300 permit holder plumbers. These plumbers were serving the NMC since past 40-50 years in the water supply connection front.

The MNS leaders said, every year the permit is renewed and the NMC record, too, shows the renewal of permits of those plumbers. The Maharashtra Government Resolution through Urban Development Department, Mumbai, April 1, 2009, had directed all Municipal Corporations and Municipal Councils that the fitting work of water connections should be given to only NMC permit-holder plumbers.

However, the OCW deliberately gave the contact of fixing new water connections, repairing and other works to other plumbers instead of the NMC permit-holder plumbers. The decision of OCW hit the plumbers hard as they faced very very difficulties in running their and families day-to-day living. The situation has come to such a pass the many NMC plumbers are facing the starvation-like condition, the MNS leaders said. 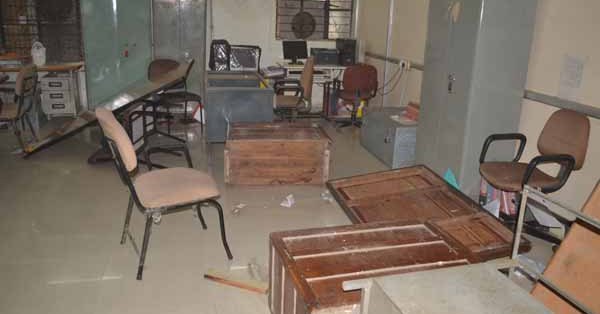 Lande and Deshmukh said the MNS urged NMC bosses, Ruling and Opposition Corporatotrs, Executive Engineer, Water Works Department, OCW management and other concerned authorities several times to resolve the issue of permit-holder plumbers but all their effort proved futile as no action was taken in this regard. And the net outcome of inaction is now visible. “MNS was left with no choice to raise the issue in special MNS style. The storming and destroying the OCW office in Dharampeth Zone was a part of the year-long agitation and total failure of all concerned authorities to resolve the issue of plumbers in an amicable way,” the MNS leaders said. “The grave water shortage in the condition of plenty in the hands of OCW management fuelled our anger to boiling point,” the leaders said.

The following are some of the demands of MNS:

1) Justice must be done to permit-holder plumbers

2) Immediate renewal of permits of plumbers

4) Appropriate rates of plumbers should be fixed

5) Immediate hand over of water connections, other related works to permit-holder plumbers only

The MNS leaders have warned the concerned authorities of a strong agitation and, actions, too if their demands are not met as early as possible regarding permit-holder plumbers and smooth water supply to all areas of Nagpur city. 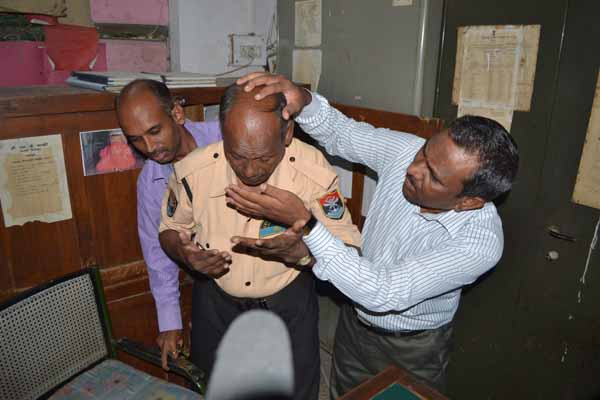