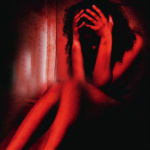 Nagpur: Hudkeshwar police has rounded up two men for allegedly outraging the modesty of a minor and a 49-year-old woman in two separate incidents on Thursday.

In first incident, the accused identified as Rajesh Dinanath Shandilkar (35) lured a 4-year-old girl to his house after promising her goodies. However while he was closing the door a neighbor raised an alarm and alerted victim’s mother. Subsequently they saved victim from the clutches of the accused and approached Hudkeshwar police station.

Hudkeshwar police have booked accused Rajesh under section 354 (A) of IPC and POCSO Act 2012.

In another incident, a 49-year-old woman and her spouse were attacked and abused by her neighbor followed by a land dispute on Thursday evening.