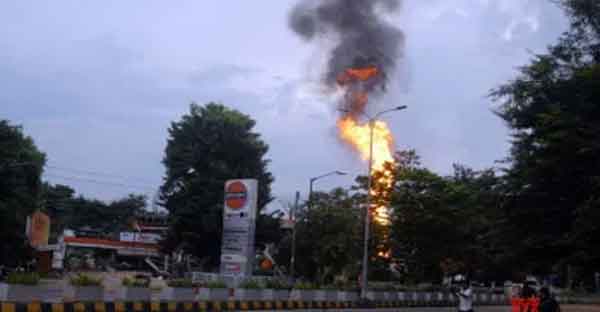 A minor fire broke out in a room at Rail Bhawan in New Delhi on Saturday, officials of the Delhi Fire Services said.

No one was injured in the incident, they said.

A call about the fire was received around 6 pm and eight fire tenders were rushed to the spot, officials said.

The fire broke out in room 451 at Rail Bhawan.

The source of the fire is suspected to be a computer.

Other materials in the office was also damaged in the fire, a senior official said.

The fire has been brought under control, he added.