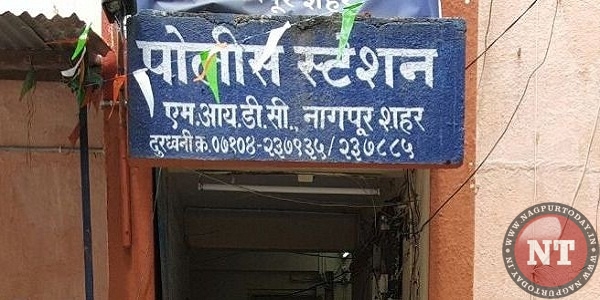 Nagpur: MIDC Police cracked the murder case in which a hardcore goon Shrikant Guhe was eliminated apparently in a revenge act on May 3. Cops have arrested eight accused in connection with the murder of Guhe. The murder was allegedly committed to settle score as brother of one of the accused was done to death by Guhe in October, 2016. The arrested accused were produced in a court and sent to police custody remand till May 11.

According to police, the accused had allegedly brutally killed Shrikant Guhe with sharp-edged weapons on the footpath in front of a furniture shop on Hingna Road in MIDC area on May 3 night. The deceased, Shrikant Ramesh Guhe (24), was a resident of Rajgruha Nagar, behind Punjab National Bank. Shrikant was allegedly a drug peddler. He along with Nilesh Mandaskar, Vicky Sanewar and Azhar Habib Shaikh alias Ajju had eliminated notorious goon Amit Ambade in Shree Nagar, Ajni in October 2016. Shrikant had killed Amit Ambade as the latter was demanding ‘hafta’ from him. Since the murder of Amit Ambade, his brother and one of the arrested accused Pankaj Ambade, was planning to settle score with Shrikant. Pankaj and other seven accused hatched a plan and eliminated Shrikant Guhe who was released from Central Jail just 15 days ago. When Pankaj came to know about it, he and other accused were following him. Around 9 pm on May 3, Shrikant came out of his house after dinner. Pankaj and his accomplices came from behind and smashed his head with sharp-edged weapons killing him on the spot.

MIDC cops had registered an offence under Sections 143,147, 148,149, 302 and 120 B of the IPC and mounted a hunt of the accused. Acting on clues, a team of cops comprising Senior PI Bharat Kshirsagar, API Dehankar, PSI Madankar and others under the supervision of DCP (Zone I) Krishnakant Upadhyay succeeded in arresting the accused.