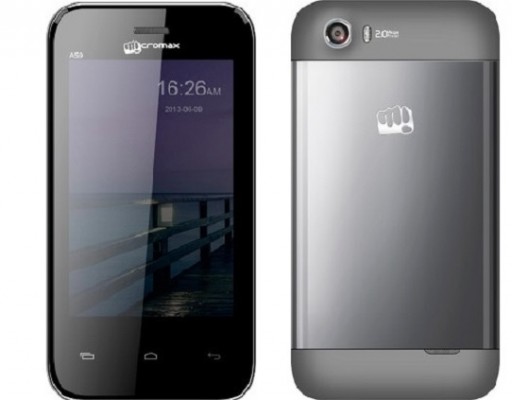 Indian handset manufacturer Micromax is gradually making its mark among the middle class consumers. With its latest innovation techniques used in all its economical handsets its fast catching up among Nagpur youth. The latest gadgets from the company – Micromax Bolt A28 and Bolt A59 have been made officially available for sale. The Bolt A28 is now available for Rs 3,550 and the Bolt A59 for Rs 4,499. Both phones support dual-SIM capabilities, just like the rest of the Bolt series.

The lower-end A28 sports a 3.5-inch 320×480 pixel display and runs on the much older Android 2.3 Gingerbread version. It’s baffling that Micromax is still going with smartphones that run Gingerbread, when almost all of the competition has switched over to Ice Cream Sandwich at the very least. In terms of processing power, don’t expect super smooth performance; there’s a 1GHz Spreadtrum SC6820 processor along with  256MB of RAM.

The 512MB of onboard storage is expandable up to 16GB with the help of a microSD card slot. Micromax includes a 1500mAh battery that is said to deliver up to 4 hours of talk time and up to 160 hours of standby time. Connectivity options include Bluetooth, Wi-Fi, GPRS, EDGE, GPS/ AGPS and microUSB. There is no support for 3G, and the device is extremely light at 89 grams.

The Micromax Bolt A59 comes with slightly better specs though even they are in line with the price. At least it runs Android 4.2.1 Jelly Bean, despite having the same amount of RAM. It is fitted with a 3.5-inch display with 320 x 480 pixels resolution. The smartphone is powered by a 1GHz Spreadtrum SC7710 processor along with a Mali 300 GPU. The 4GB onboard storage is further expandable up to 16GB via microSD card slot.

However its not too good as far as its camera is concerned. There’s a 1.3-megapixel rear camera with LED flash and a VGA front-facing camera. The device packs in a 1500mAh battery that Micromax says offers up to 160 hours in standby time, and up to 4 hours of talk time. Connectivity options are the same as the A28, but the A59 has the added advantage of 3G cellular connectivity. Despite the presence of Jelly Bean, this phone seems like another forgettable Bolt effort from Micromax.