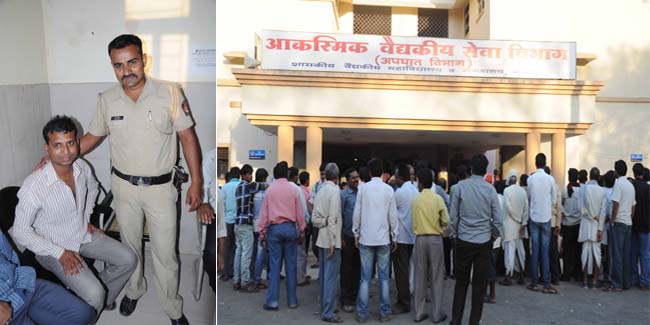 Nagpur News: In a shocking expose, a group of touts were caught diverting the patients visiting at Government Medical College and Hospital (GMCH) in Nagpur to other private hospitals. The recent act of these agents has opened a can of worms in the health-care system in the city. The incident surfaced at a time when Nagpur has won the best city awards on various parameters, including best health care.

Member of Legislative Council Mithesh Bangadiya and Yuwa Shakti members led by Kirti Kumar Bangadiya got a whiff of such activities in which the touts were reportedly sending away the patients at GMCH to the upscale private hospitals located in various areas of the city. The patients had to undergo expensive treatments at these hospitals.

The activists had on Thursday laid a trap at GMCH premises to catch the agents in the act. On Thursday afternoon, an ambulance carrying a patient from Chimur arrived at GMCH for treatment. No sooner the ambulance reached the casualty side gate, the agents got active and blocked the patient and his kin, offering them to move to some private hospital. Though police was reportedly present at that time, it did not intervene in the matter despite knowing the truth.

The cautious Yuva Shakti members who were having a watchful eye over the entire episode suddenly jumped in and nabbed the concerned tout. Quite uproar was created on the spot after the agents indulged in wordy dual with the members. Later he was handed over to the police.

Speaking to Nagpur Today Mitesh Bangadiya informed, “We have been receiving complaints from the drivers of our ambulances who come to GMCH. The drivers had alleged that the mushrooming touts often threaten them of dire consequences if they obstruct in their intent to send the patients to other private hospitals. Interestingly, these touts have developed a foolproof system in their operation that was being carried out round the clock in shifts.”

The reason for the touts being in this wrong business was evident from the fact that for every bottle of blood that cost Rs 800 at GMCH, the patients have to shell out Rs 2000 in private blood banks.

The entire racket is reportedly being fed on fat commission allegedly offered by these private hospitals. The tout was said to have been mentioning the names of private hospitals like Suretech, Hope and other hospitals.

The entire episode on Thursday has hinted at the notorious nexus between private hospitals and agents in connivance with the police who reportedly remain mute spectator at such routine incidents.

GMCH Dean could not be contacted to comment on the issue. 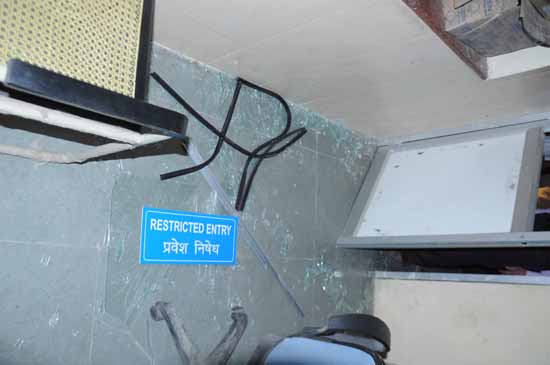