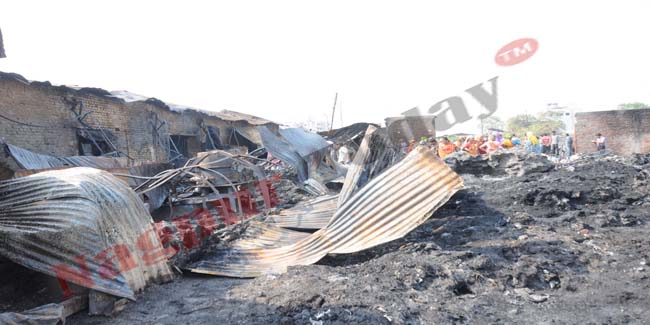 Nagpur News: Material worth lakhs of rupees was gutted in fire when fire broke into Plywood Company at Nagpur-Katol Road, Fetri on the small hours of Tuesday. Police said, the fire broke in a Plywood Company named ‘Hariom Plywood’ of Kamal Gandhi. Police estimated the reason of this fire to be short circuit. Fire fighting team reached the spot on being informed and controlled the fire.