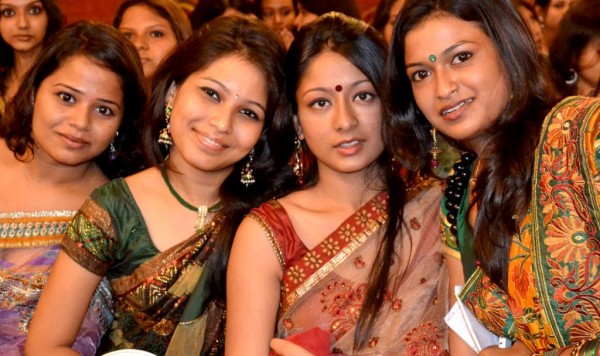 Marichika, popularly known as Bong Fest is organised every year by the final year Bengali students of Priyadarshini Group of Institutions. Marichika is organised to welcome the new students in the first year of engineering and even to bid farewell to the Final year students. This year Marichika was organised in Hotel Hardeo.

One could witness the fun and frolic among the students. Final year girls dressed in Sarees while boys were seen wearing suits. Marichika had many cultural events, while Dona Dubey and Suchismita Deb sang a medley, Diptesh and Abhishek preferred to keep the Bong fervour alive in the show by singing “Ke tumi nandini”. Tamalika and Sushmita presented a wonderful traditional dance show, while Divyendra and Soumili kept the party alive with a hip hop dance number. One of the major attractions of Marichika is the performance of the band PROK-C, band mates are Avick, Abhishek and Preetam. The band performed “Shader Lau”, a bengali folk, and some other original compositions. The crowd head banged and cheered to the spirit of the live music.