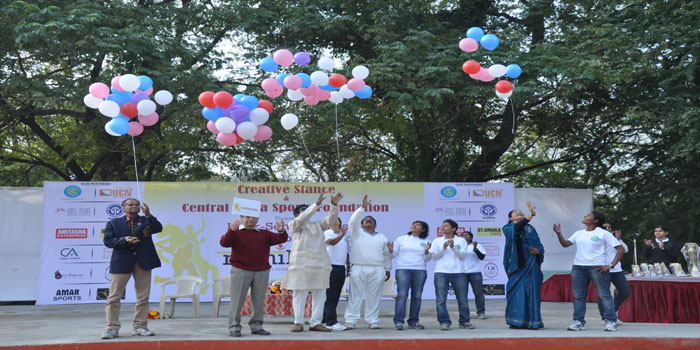 The tournament has 16 teams participating and the inaugral match was played between Center Point Katol Road and Sidheshwar Vidhyalaya. Its a pioneering effort by a young team of professional cricketers to encourage and motivate young girls in India’s favorite game played predominately by men. This vision of Creative Stance was seconded by Mr.Chitaley in his inaugural speech and he went a step ahead saying VCA to would want to support an endvour like this. Principal of St. Ursulas Mrs. Rachana Singh majorly supported the cause acting as a back bone by providing the school ground and other facilities. Adv. Baba Rocque and Adv. Jagdish Karnewar were felicitated by the organizing team for their effort towards keeping womens cricket alive in Vidarbha region.