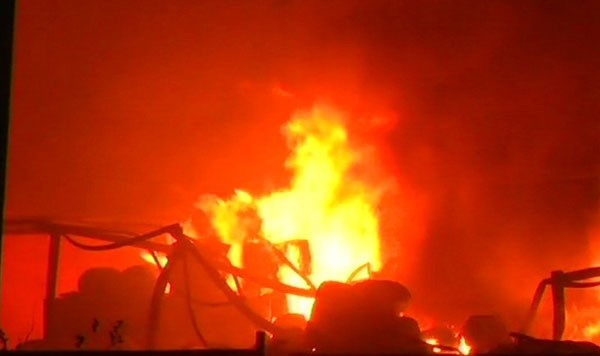 Mumbai: A major fire broke out at a pharmaceutical factory in Tarapur area of Palghar on Thursday evening. At least one person was killed and several others were injured after the fire spread to three other plants located near the pharmaceutical factory. The fire reportedly started in Novaphene Specialties private limited in E-107 unit after a powerful blast.

Prima facie, it appears that a boiler blast in the pharmaceutical company led to the fire at around 11:30 pm. Eight fire tenders are presently working to douse the flames. The MIDC area, where the fire started, has at least 18 plants. “The fire is too big to control. The fire is spreading in nearby factories. All precautionary measures are in place,” Palghar police superintendent Manjunath Singhe told Media.

At least seven injured people have been admitted to a hospital. Palghar collector Prashant Narnawre is monitoring the situation in Control Room of district Disaster Management. More fire tenders have been called from Vasai-Virar, TAPS and Reliance thermal power station to control the raging fire.