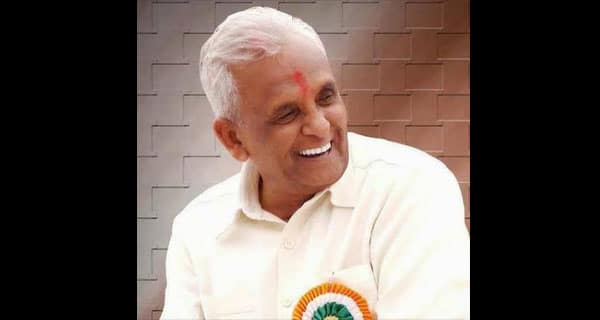 Ganpatrao Deshmukh, the longest-serving MLA of Maharashtra and a senior leader of the Peasants and Workers Party, died in a private hospital in Solapur on late Friday evening, said family sources.

According to the sources, Deshmukh (94), a former state minister, was admitted in the hospital for the last 15 days and died due to old age-related ailments.

He was being treated for stones in the gall bladder and recently underwent a surgery.

Deshmukh represented Sangola in Solapur district in the state legislative assembly for 11 terms since 1962 across multiple terms and served as an MLA for 54 years.

In 1995, he lost by a slender margin of 192 votes, said his grandson Aniket Deshmukh.

He had won the Sangola seat in the 2014 state elections for a record 11th time and served in the assembly till 2019.

Deshmukh also served as a minister in the government of Sharad Pawar in 1978 and again in 1999 (in Vilasrao Deshmukh cabinet) when his party PWP gave support to the Congress-NCP alliance.

His last rites will be performed in Sangola.

Chief Minister Uddhav Thackeray and Governor Bhagat Singh Koshyari condoled the death of Deshmukh and paid rich tributes to him.

“Deshmukh carved out a niche for himself in public life. He not only represented his constituency for the longest period in the state assembly and consistently, but he will be remembered for his simple living and high intellect,” the CM said.

In his condolence message in Mumbai, the Governor said the veteran politician was a model public representative and an epitome of simple living and high thinking.

“I was saddened to know about the demise of the senior-most leader of the Peasants and Workers Party and the longest term member of the State Legislature Shri Ganpatrao Deshmukh.

“A model people’s representative, Shri Deshmukh maintained his chord with farmers, workers and ordinary citizens all his life. He was an epitome of simple living and high thinking,” Koshyari said.

The Governor said Deshmukh was an institution in himself.

“A man of peace and restraint, Shri Deshmukh was a fearless leader, having friends across the political spectrum. In his demise, the State has lost an institution in State legislature,” Koshyari added.