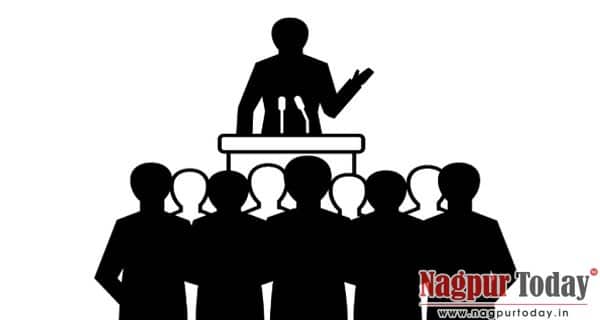 Nagpur: The political scenario in Maharashtra is likely to witness another tussle between the ruling Maharashtra Vikas Aghadi (MVA) coalition and Opposition Bharatiya Janata Party as speculation is rife over the State Assembly Speaker’s election on October 4. , following the resignation of Nana Patole as the speaker of the Maharashtra Assembly.

The post of Speaker is lying vacant since Nana Patole resigned as Speaker after the Congress leadership decided to appoint him as the new President of the Maharashtra Pradesh Congress Committee (MPCC) a few months ago.

In an effort to avoid a political slugfest over the appointment of the Speaker and prevent the possibility of cross-voting, the MVA coalition government has initiated the process of changing the method of electing the person who will occupy the constitutional post. The changed method is likely to be submitted before the Rules Committee for its approval. The meeting of the Committee is likely to be held on Wednesday, September 22. The rules were changed after suspension of 12 BJP MLAs for unruly scenes in the chamber of Presiding Officer in July last year.

Congress has nominated Rajani Patil for the vacant Rajya Sabha seat while BJP has fielded Sanjay Upadhyay for the poll slated to be held on October 4. The seat fell vacant after the death of Congress leader Rajiv Satav. Congress is making efforts for unanimous election but if a voting is done, all party legislators would be present. Plan is to hold an election for the Speaker’s post on the same day.

The MVA leaders are strategizing to get in 170-plus votes for the election, which can also end the speculation over its survival. In 2019, when it won the trust vote and Patole was elected, the MVA had managed to get 169 votes in the House of 288. While the three parties together have 154 MLAs, the coalition managed to get at least 15 votes from smaller parties and independents.