The miners, living in 10×10 feet rooms, could hardly breathe fresh air, and to have a good sleep in the “dark” environment, liquor worked as a sleeping pill. And the pill became a must for their entire life. Not to mention the quality of their work taking a severe beating. 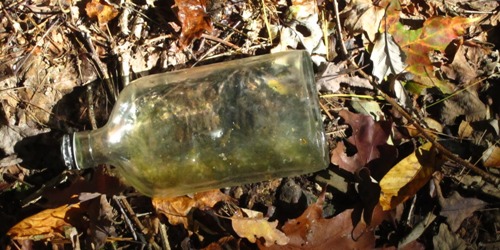 The Manganese Ore India Limited (MOIL), one of the most prominent, progressive Public Sector Undertaking (PSU) companies, may lose its shine if the terrible trend continues in the coming years. Nothing wrong with the MOIL. However, the liquor is taking heavy toll of miners and creating havoc in their lives. Ultimately, the MOIL would become the victim of its liquor addicted miners and could turn a falling star from a shining star. A bad omen.

Although MOIL has picked up with the new technology, the living standard of miners and workers in the company has been witnessing the downfall with every passing day. The statistics reveal that the quality of lives of miners, working deep under the mines and extracting manganese, has degraded drastically. The only reason is the regular consumption of liquor by them. And they themselves are responsible for the ruins. Of course, MOIL has also a role in the disturbing trend the miners and other workers have been caught with.

Earlier, miners worked in odd duty hours with less safety measures and yet the quality of work done was praiseworthy. The miners, living in 10×10 feet rooms, could hardly breathe fresh air, and to have a good sleep in the “dark” environment, liquor worked as a sleeping pill. And the pill became a must for their entire life. Not to mention the quality of their work taking a severe beating. At the outset, MOIL had more than 10 mines all over the country with limited resources. But with the advancement in technology, MOIL has provided hi-tech safety gears to the miners and their shifts have been strictly limited to 8 hours.

MOIL authorities, all over the country, have equipped the labours with new technologies for extracting more manganese with minimum life threats. In view of improve living standards of the labours, MOIL authorities have started constructing workers’ colonies, free health check-up camps regularly  to keep a check on the health of labours and 24×7 primary health centres have been started in workers’ colonies. And the company has collaborated with hospitals like Lata Mangeshkar, CIIMS, Janata Hospital to deal with serious health problems of labours.

To encourage the labours and their wards, MOIL has started organising various events and games for its employees. Children doing well in sports, get an opportunity to work with MOIL through its Sports Quota. Bus facility and education facilities have been provided to the wards of the employees and scholarships are also provided to students faring well in the examinations.

However, with so many facilities being provided to MOIL employees, there has been a drastic fall in employees’ working quality. If sources are to be believed, most employees opt for liquor to get rid of the tiredness of long working hours, but it is shocking to learn that many employees have been seen drunk during duty hours.

Employees are unable to give their 100 percent to the company and thus hitting the working of MOIL and production hard. Statistic have that around 15 per cent labours are drunk 24×7 and the teenagers of such labours are following their footsteps. Many employees have taken early retirement from MOIL on the pretext of bad health and their wards have replaced them in the company. However, many young employees have also taken voluntary retirement on health grounds and their wives have replaced them in the company. Thus, the number of women workers has increased enormously in the last few years and the number of skilled miners has declined sharply. The result of this ominous development is less, inferior production.

Looking at the measures taken for the safety of employees and the introduction of other innovative schemes for the welfare of labours, MOIL should have had restricted the consumption of liquor in the company premises. Strict actions on the part of the company were required to curb the nasty and nagging problem of liquor consumption among labours. However, no strong step was taken on part of MOIL in this direction. The Women’s Cell needs to be rejuvenated to control the situation.

The bottom line of this entire “spirited” phenomenon is: Miners are destroying their lives and that of their families. MOIL is not taking the problem seriously. The outcome: Disaster for miners, and MOIL as well. Coming years would be decisive unless the “Black and White” picture is changed to a Colourful one.