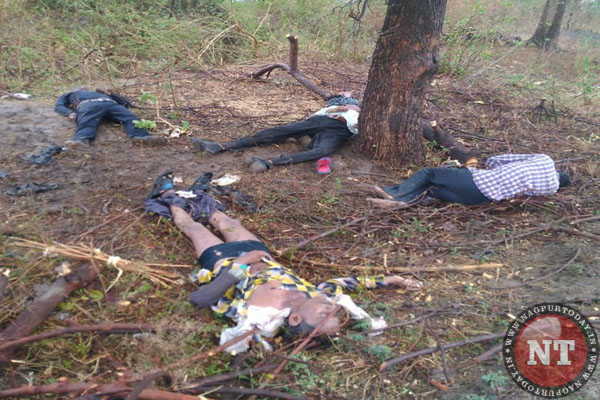 Rains and thunderstorm hit most of Vidarbha region on Sunday evening. In Veni town of Mahagaon Tehsil in Yavatmal district, a group of eight people was caught in the sudden downpour and thunderous lightning. As they took shelter under a tree, a lightning bolt struck them. Four men were killed on the spot while four others suffered serious injuries. The four deceased men have been identified as Anil Surgule, Prabhakar Jadhav, Pandit Harne and Kruma Chopde. The four unidentified injured men have been admitted in Government Hospital in nearby Savna village.

Cops have registered a case of accidental death and launched investigation.