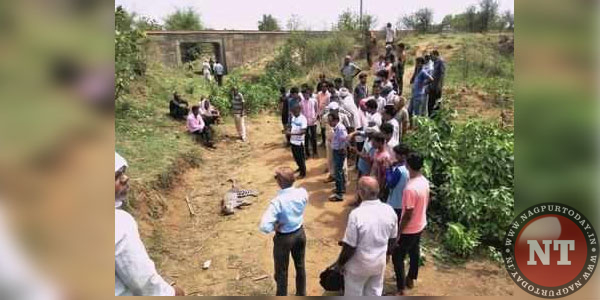 Chandrapur: A speeding train has feared to have knocked down a full grown leopard as it was found dead near Chanda Fort-Gondia railway track in Mindala forest under Nagbhid range on Sunday morning.

On the contrary, the post mortem report has cleared that the leopard died a natural death due to infection and starvation.

Railway staffers carrying out routine patrolling found the body of the leopard lying in a nullah close to the track. They informed Nagbhid forest office following which RFO Asmita Sontakke reached the spot. The carcass was later brought to Nagbhid range office for post mortem.

Live stock development officer Dr UN Korane, Dr MB Lade and WTIs Dikhsa Sharma jointly carried out the autopsy of the leopard in the presence of Kulraj Singh, DCF, Bramhapuri, other senior officer and honorary wildlife warden Vivek Karambdekar. Officials sources said that the leopard was not hit by a train and had no injury.