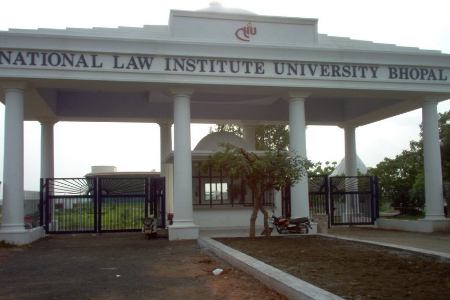 Nagpur News: Today’s decision of the Maharashtra Cabinet to establish Maharashtra National Law University (MNLU) at Nagpur was welcomed by the legal fraternity with great enthusiasm.

Commenting on the decision Adv. Abhay Sambre, ex-Secretary of High Court Bar Association (HCBA) said that “it is a wonderful news for the people of Nagpur.” Though we had asked for a National Law School (NLS) to be established here and strove for it, we will take it as it would be of great help to the students fraternity pursuing legal career. “I would also like to thanks all the people’s representatives from the region for following up the issue vigorously with the government,” he said.

Eminent lawyer Adv. Ravi Shrivastava said that it is a dream come true for Nagpurians. “Students from the region had to go to other states to pursue high and quality education in law, which was very expensive and unaffordable to many. Now they can do it here which is a very welcome step.”

Adv. Shrikant Khandalkar, who had filed a Public Interest Litigation for the establishment of the law school, said that Nagpur deserves a National Law School  because it is centrally located and has a high place in legal history of India. “Still, we are satisfied with the decision to set up Maharashtra National Law University on the lines of NLS. We will strive to convert it into National Law School, “ said Adv. Khandalkar.

Government Pleader Adv. Nitin Sambre said that the decision was long due and is really welcome. Looking into the geographical location of the city, being a central place, and its legal heritage, a National Law School was justified. “We welcome the decision and request the government to establish the university at the earliest. The city has one of the best faculties in law in the country and many are ready to contribute. However, we would like the university to be developed at par with the National law School,” said Adv. Sambre.

District Government Pleader Asif Qureshi too welcomed the move. “It was our long standing demand and even the President of India Pratibha Patil had promised it during a function of High Court Bar Association wherein the Chief Minister too was present,” he said.

Welcoming the decision, ex-President of High Court Bar Association (HCBA) Adv. Anil Mardikar said that injustice to this region is wiped out. “I was the first to make this demand in the Platinum Jubilee celebrations function of High Court. As President of the HCBA, I had met all the authorities including the Governor and the Chief Minister. This demand has become a reality because of support from local MP, MLAs, ministers and the press. I only wish that it comes to the city as early as possible. The HCBA will extend all possible help and support to this endeavour,” said Adv. Mardikar.