East Nagpur MLA Krishna Khopde who has been caught into controversy after his alleged involvement in NMC’s Transfer of Development Rights Scam, appeared to be in the defending mode even after the court ordered legal procedures against him. Khopde denied receiving any summon in the TDR scam as yet. He also said that he acted as a mediator in the deal and has nothing to do with the wrongdoings. However, he also claimed that he would clear the air in the court once he receives the summons.

Khopde has been trying to reign the adverse situation he has been currently caught in, however things do not appears to be working out. The unfavorable winds have been blowing against Khopde for over some time since the TDR scam was exposed. The situation turned murkier after the session’s court issued summons while ordering legal procedure against Khopde including former Municipal Commissioner Sanjeev Jaiswal and 27 others. 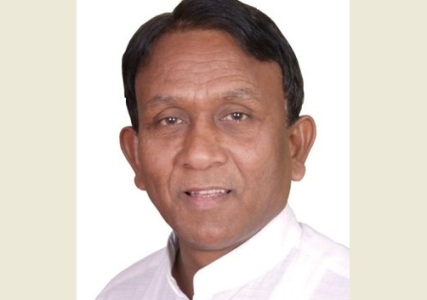 The TDR scam came to light in October 2012 during the general body meeting of NMC. The hearing over TDR scam has been posted on December 4.

The scam was exposed by Prafull Gudadhe in the general body meeting who said that TDR was issued to 21 purchasers when the land originally belonged to one Mohanlal Patel. Patel alleged that he cracked a deal of Rs 1,25,75,000 with Sanjay Awchat and Bharat Kanchanlal Patel for the land in Wathoda. Bharat Patel and Sanjay Awchat paid Rs 4 lakh to Mohanlal and gave four cheques of Rs 25 lakh and another one of Rs 12.75 lakh. But the cheques bounced and the deal fizzled out. However, Sanjay Awchat and Bharat Patel purchased a TDR based on the documentation taken place between them and Mohanlal. Based on these documents, they sold TDR to 21 other purchasers who were aware of the wrongdoing and misappropriation in the deal.

Mohanlal sought police help and lodged a complaint in this regard but police maintained a lenient approach in this matter. Thus, Patel approached JMFC court and demanded strict action actions the wrongdoers under Sections 420, 468, 406 and 34 of the IPC. Adv R P Joshi represented the petitioner.

It is to be noted that the surplus land, which Mohanlal Patel owned, came under the Urban Land Ceiling (ULC) Act and the land was reserved for a fire station.

Gudadhe had prominently pointed out the role of Krishna Khopde in the scam while holding concerned officials responsible for the illegal practice.