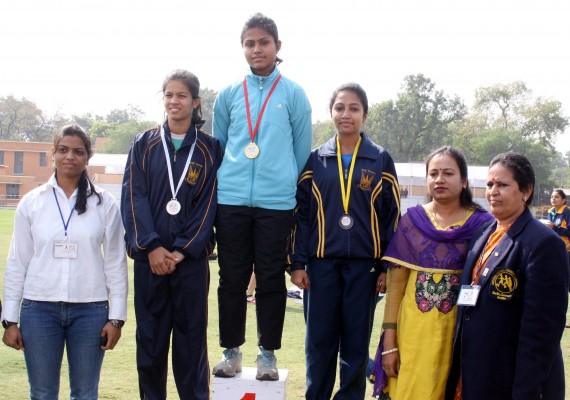 Nagpur News: Mumbai and Pune continue to lead at the close of the third day of Rshtrasant Tukadoji Maharaj Nagpur University’s Krida Mahotsav. The University of Mumbai is in the clear lead with 105 medals. Pune University is undisputedly second, having won 77 medals so far, and the host Nagpur University is in third positiong with 44 medals.

Nagpur’s Pooja Pandit tied with Mumbai’s Shraddha Ghule for the title of Overall Championship among Women. Both won 10 points each. Pune’s Suresh Wagh was the Individual Champion among men, with 11 points