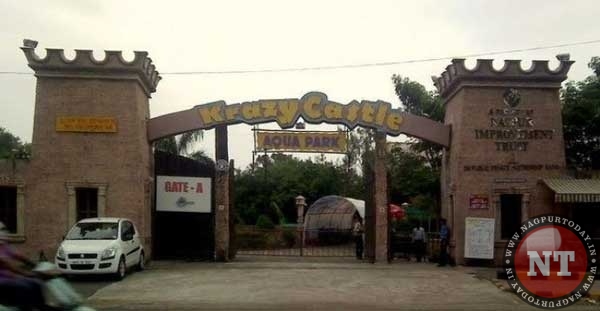 Nagpur: It’s time to switch from one ride to another new ride! We are talking about Krazy Castle aqua park which will pull out its rides to make way for the Metro rail project. Krazy Castle amusement park owner Haldiram Foods has started dismantling some of its rides so that MahaMetro can dig the foundation of its pillars of Sitabuldi to Subhash Nagar stretch viaduct.

So far, one ride has been removed and more will follow suit. Work on construction of three pillars in the designated parking area has already begun. The park has, however, not been closed down and will remain open till school summer holidays end.

Sources in MahaMetro said that as Nagpur Improvement Trust (NIT), owner of the land, was delaying officially handing over the land, the Metro officials had directly held talks with the concessionaire Haldiram Foods. “Haldiram owners were very cooperative and agreed to remove their rides so that our work does not get delayed. We have started work on the basis of minutes of the meeting held by Union transport minister Nitin Gadkari on this issue,” said a source.

Kamal Agrawal of Haldiram said that they had agreed to remove the rides in public interest. “We don’t want to delay the project, which is vital for the city. However, we are firm on our demand for compensation. We must either get money or alternate land,” he added.