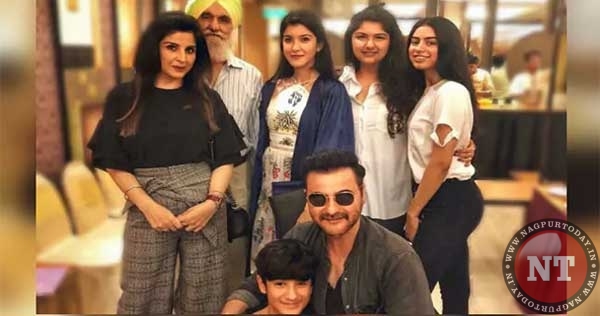 Sanjay Kapoor and Maheep Kapoor’s daughter Shanaya graduated from high school on Saturday. Besides her parents and brother Jahaan, Shanaya’s cousins Khushi and Anshula (Boney Kapoor’s daughters) also joined her for the big day at her school. Sanjay and Maheep have shared several pictures from Shanaya’s graduation ceremony. “Wasn’t she in kindergarten just yesterday?” Maheep captioned one of the posts, where Anshula can be seen receiving her degree. Shanaya’s dad Sanjay Kapoor shared a fabulous photo of her and wrote, “Keep smiling like this, the sun will always shine on you.” Shanaya, 18, is the elder child of Sanjay and Maheep Kapoor.

Her cousin Anshula shared a collage of Shanaya from her transformation to a kindergarten student to being a graduate. “I could swear you were in kindergarten like yesterday, Shanaya Kapoor, when I gave you that ‘fringe’ haircut, bro!” Anshula wrote.