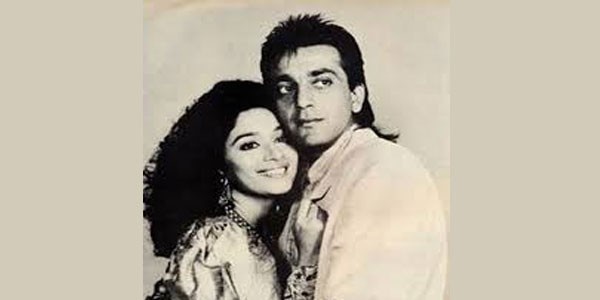 The speculations are now over and the final star cast of Shiddat, now titled Kalank is finally out! Karan Johar, who is producing the film, took to social media just a while ago to share the poster of the Abhishek Varman’s multi-starrer and yes, Sanjay Dutt and Madhuri Dixit are indeed reuniting for the film after 21 years since Mahaanta in 1997. If you may recall, Shiddat, now Kalank was supposed to initially star Sridevi, but post her sudden demise, the makers were left looking for a befitting actress to step into the role. And that’s how Madhuri Dixit-Nene came on board. Sri’s daughter Janhvi Kapoor had broken the news on social media about the same, thanking Madhuri for rising to the occasion.

There had been rumours about the film bringing together Madhuri and Sanjay but KJo had denied reports that the film is not Shiddat. That left media guessing if the two are coming together or not. Perhaps, it was just his way of giving us a hint that the film will not be called Shiddat but something else – and Kalank it is. Sharing the poster of the film, Karan said, “Proud & excited to announce our EPIC DRAMA #KALANK. Releasing April 19th, 2019. Directed by Abhishek Varman. Starring @MadhuriDixit @sonakshisinha @aliaa08 @Varun_dvn #AdityaRoyKapur & @duttsanjay! (sic).” The film stars Sonakshi Sinha, Alia Bhatt, Varun Dhawan and Aditya Roy Kapur along with Sanjay and Madhuri.

The film Kalank is directed by Abhishek Varman, who was the man behind Alia Bhatt – Arjun Kapoor’s 2 States. What makes this film special is that it brings together Sanjay Dutt and Madhuri Dixit. The two has previously starred in films like Saajan, Khalnayak, Thanedaar among others and yet, when Dutt was recently quizzed if he would be working with Madhuri again, he angrily walked out in the middle of the interaction. Sparking rumours that he may not be comfortable working with the actress.