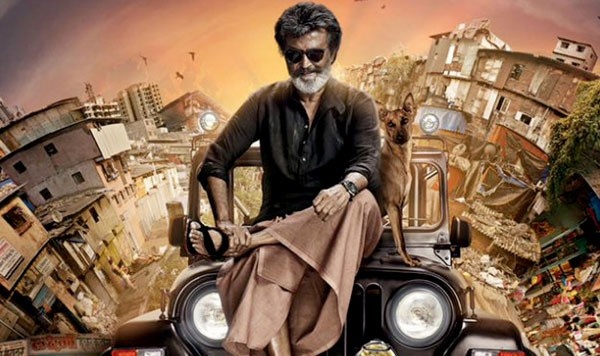 Rajinikanth starrer Kaala is one of the much-awaited films of the year. While fans were eagerly awaiting the release of Kaala teaser, actor Dhanush, who is producing the film (Kaala), took to Twitter to announce the news that the fans of superstar will have to wait for one more day to witness his magic in the teaser of Kaala as the makers have decided to postpone the teaser release, which was to surface online on Thursday (March 1, 2018) by a day (March 2 , 2018), owing to Kanchi Shankaracharya’s death.

Well, today the makers of Kaala have released the much-awaited one-minute-seventeen-seconds teaser of Rajinikanth starrer and no denying, Rajini’s swag and style are certainly setting the screens on fire. The trailer is sure to give you goosebumps; donned in black shirt and dhoti, Kaala Karikaalan’s punch dialogues and Madurai accent are one of the highlights of the teaser. Also, we can’t wait to see what’s Nana Patekar’s contribution in the film. The teaser has sure got us impatient for the trailer release and the actual film.

Helmed by Pa Ranjith, Kaala is a story of a man, who hails from Tamil Nadu but escapes to Mumbai. It traces his journey to becoming the righteous gangster from the Dharavi slums in the financial capital of the country. Kaala marks the 164th film of Rajinikanth’s elaborate career in which the actor essays the role of a slumlord-turned-gangster. Besides Rajinikanth, the film also stars actors Huma Qureshi, Nana Patekar, Anjali Patil and Samuthirakani in pivotal roles.

On Thursday, Dhanush had tweeted, “Due to the demise of respected Jagadguru Poojyashri Jayaendra Saraswati Shankaracharya, as a mark of respect Kaala teaser will be released on 2nd March. Apologies to all the fans who were eagerly waiting for the teaser.” According to reports, the Senior pontiff of one of the oldest Mutts in the country which he hhad been heading it for a very long time. – the Kanchi Sankara Mutt, Sankaracharya Jayendra Saraswathi, passed away on February 28, following a cardiac arrest.

On the professional front, Rajinikanth will be next seen in 2.0, which is helmed by Shankar, starring Amy Jackson and Akshay Kumar in pivotal roles. Shankar’s 2.0 is slated to release in April, next year. So, how did you like the teaser? Share your thoughts in the comment section below. Watch this space for further updates.