Tabloid based on theme “Let us rebuild a New India”. Film Actor Vivek Oberoi to visit city on Jan 12 for Validictory function. 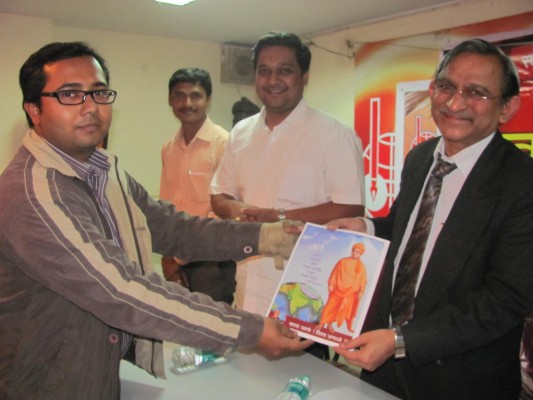 Nagpur  News : The Swami Vivekanand Birth Anniversary Celebration Committee along with the students of Journalism have come up with an unique idea and have brought out a tabloid publication on Swami Vivekanand  called ‘Yuva Shanknaadh’: A Rousing call to youth.

Some of the articles that depicted some of the values and thoughts spread by Swami Vivekananda is beautifully brought out by the students like the strength of spirituality is thy pride wisdom of antiquity is a crown so fine and great many souls admire splendid and beautiful role of thine a visionary of rare kind with heart so soft and sound hundred generations will remember thy gift of knowledge profound bright and brilliant guiding star such a persona is Swami Vivekanand. 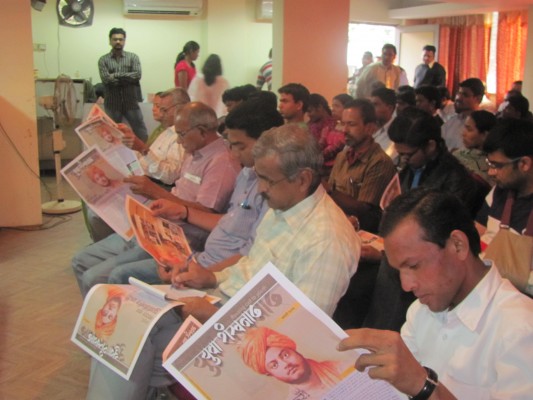 While speaking on the occasion VC of RTMNU Dr. Vilas Sapkal said that Swami Vivekananda’s thoughts are very useful and apt in today’s fast paced life. The teachings that he received from his Guru (Mentor) Swami Ramakrishna Paramahans, which he enumerated and imbued in his own life and shared his wisdom to the society at large.  His teachings have strength to guide the youth on the right and successful path said Sapkal.

The convener Somdatta Karanjikar while speaking to Nagpur Today said that in order to spread the message and views of Swami Vivekanand in the society, they thought of bringing out this publication. The youth should know about the great teachings of Swamiji who said that Indianization is modernization.

The articles and other features that has been compiled by the students and the Celebration Committee is worth appreciation said some of the dignitaries who were present on the occasion.