Jewellery worth one lakh seventy thousand and Rupees five thousand in cash was stolen from a couple who were travelling by an auto rickshaw.

This incident of theft occurred on February 18, 2014 at around 2:30 pm when the couple Devidas Tobre aged 61 years and his wife hailing from Samudrapur (Wardha) were travelling by an auto rickshaw which they hired from Ganeshpeth Main Bus Stand and were travelling to Sakardara Square.

Based on the complaint by Devidas Tobre, the Sakardhara Police Station has registered an offence against the other passengers. According to sources in police department Devidas Tobre reached Nagpur from Wardha at around 2:30 pm in the afternoon.

After reaching the house of his brother when the couple checked their bag, they lost their senses, since jewellery worth one lakh seventy thousand and Rupees five thousand in cash which was kept in the bag was stolen. Devidas rushed to Sakardhara Police Station and registered a case against unknown accused.

Based on the complaint of Devidas Tobre, the police have registered a case against the Auto rickshaw driver and two other co-passengers and are investigating further. 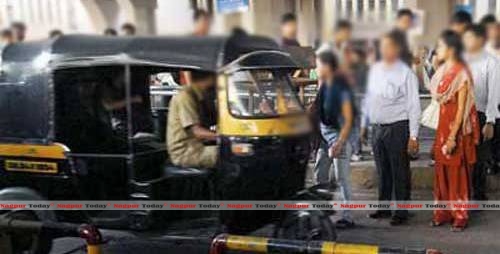