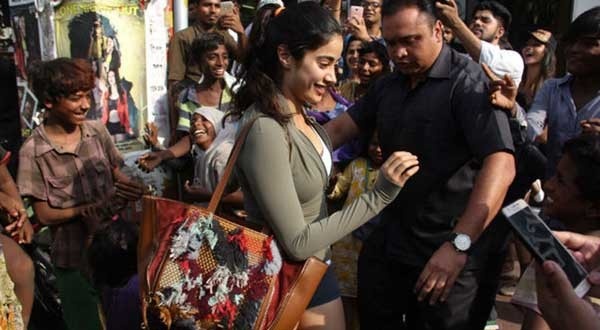 Late actress Sridevi and producer Boney Kapoor’s elder daughter Janhvi Kapoor is all set to mark her Bollywood debut with Dhadak and the star kid already has a big fan following but being popular has its own pros and cons.

Janhvi recently had lunch at a popular eatery in Mumbai and when she stepped out of the restaurant, several kids from the nearby slum gathered there to get up close and personal with her. Though Janhvi greeted them with a smile, a few children got too close for comfort, which left her a little dismayed. However, her security personnel quickly jumped into action and escorted her to her car.

Janhvi will be seen opposite Ishaan Khatter in Dhadak.