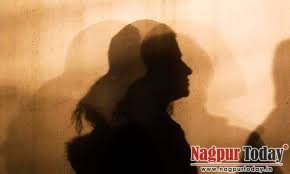 Nagpur: AN INCOME Tax (IT) Commissioner posted in Bengaluru was booked by Khaparkheda police for sexually exploiting a doctor and also carrying out her abortion. The accused was identified as Sudhadira Punnoswami Balan (35),a residentof43,MainRoad, Puducherry.

According to Khaparkheda police,Balan was living in Nagpur fortraining at National Academy of Direct Taxes (NADT) in 2019, while the complainant was working as a resident doctor at a Government hospital. They befriended when Balan came to the hospital for treatment.When the girl told him that she is preparing for UPSC, Balan gave his mobile phone number to her. Soon after, Balan told her that he was unmarried and wanted to marry her.

On the pretext of marriage,Balan sexually exploited the girl for several months and also filmed her obscene pictures. When the girl got pregnant, he carried out her abortion. He also threatened the girl to make the obscene picture viral on social media. On the basis of a complaint lodged by the doctor, Khaparkheda police have registered a case under Sections 376 (2) of Indian Penal Code (IPC).PIB hatkaris investigating the case.