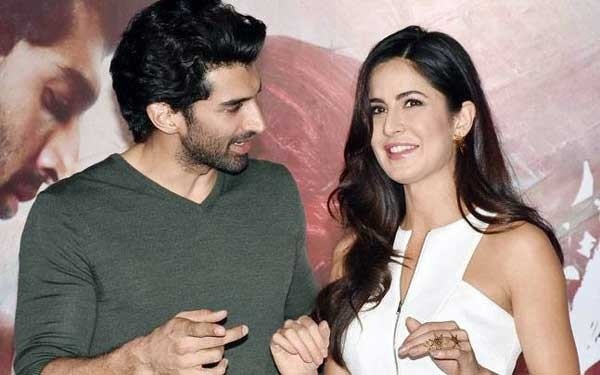 Aditya Roy Kapur and Katrina Kaif scorched screens with their chemistry in Fitoor (2016). Unfortunately, the film bombed at the box office.

According to a report in Mid-Day, the duo were offered a romantic comedy recently, which Katrina turned down. A source told the website, “Though they are good friends, Katrina doesn’t want her career graph to see a low again. Ever since the success of Tiger Zinda Hai (2017), she has been selective about the projects she takes on. Since Aditya doesn’t have a great box-office record [his last release, OK Jaanu, was a dud], she doesn’t want to work with him.”

In 2016, rumours about a romance between Katrina and Aditya started doing the rounds. As Ranbir and Katrina had called it quits day before the release of Fitoor, Kat reportedly found solace in Aditya.

Murmurs that Aditya and Ranbir’s friendship had soured started doing the rounds, when Aditya chose to give Ranbir’s housewarming party a miss and was clicked with Katrina the same night. However, stories of a rift turned out to be false, and Aditya cleared the air, last year.

Talking to Bombay Times, he said, “Sometimes, you go for dinner with a friend and things get blown out of proportion – that’s ridiculous. It’s like you can’t go to a friend’s house without being linked to her (Katrina). I don’t want to overthink and stop interacting with people because of this. After a while, you stop worrying about the repercussions and let people make their own assumptions.”