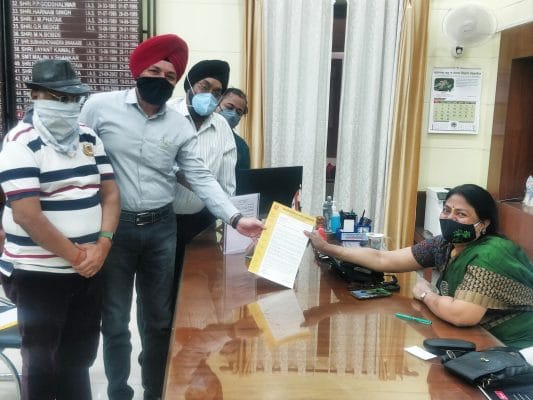 Tejinder Singh Renu, at the outset appreciated the interest of Collector in reviving local city tours to attract local as well as outstation tourists, which will gather huge revenue for the region and boost the local economy as well. He also apprised the Collector that in the past too similar attempts were made by the Administration; however the same couldn’t survive for a few weeks. So importantly we need to analyze and pinpoint the cause as to why.

NRHA submitted that since the sites selected earlier were not so attractive, it lost steam much before than anticipated, therefore we think that these destinations must be part of the tour, which will attract a lot of local tourists as well. Like, Sitabuldi Fort built in 18th century and has enough history along with war during Britishers time. Similarly, Governor Kothi (Raj Bhavan), another heritage masterpiece built in the year 1866 isn’t seen even by even 1% population of Nagpur.

It is also extremely important to add the Vakataka Capital, Mansar in the regional tour; a priceless excavated site having the kingdom palace of Vakataka Dynasty from the 3rd Century is not to miss heritage sites and this can attract millions of tourists annually, including foreigners. And not to miss, the Kapoor Baoli Temple, Ramtek, which is said to be a 1200 year old temple of Kapoor Mata, which passes through a jungle trail and is an absolute marvel.

Tejinder Singh Renu highlighted that since Sitabuldi Fort & Raj Bhavan aren’t open to the public, permission for just MTDC Tourist Bus can be obtained so that the number of tourists and their accountability is also automatically recorded taking into consideration security. Even the Rashtrapati Bhawan in Delhi also permits tourists with prior listing and payment of fees. So when Presidential House is open to the public with restrictive numbers, why can’t Sitabuldi Fort and Raj Bhavan at Nagpur.

Appreciating the suggestions submitted by NRHA, Collector Vimala R assured that she’ll make necessary efforts to get permission for suggested sites and hopefully by December launch these tours open to the public.