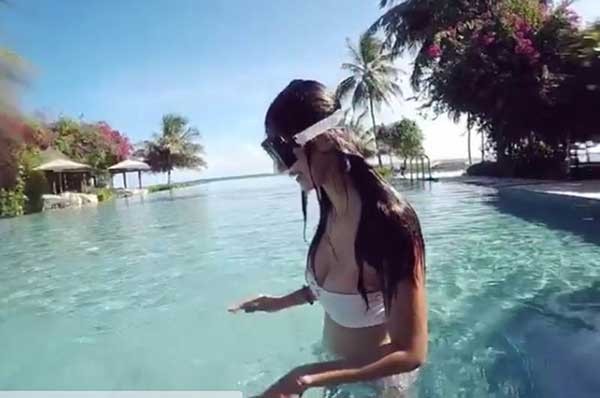 Talking more about the video she is looking eternally hot and beautiful. Her Instagram account is a treat for her audience, as she shares some astonishing pictures. The actress did a movie Baaghi 2 recently which is the biggest hit of her career and movie also stars her alleged boyfriend Tiger Shroff in lead.

The duo have never accepted their relationship in public but it seems they are more than friends. Disha has been seen with Tiger’s family, recently when Tiger’ dad Jackie Shroff celebrated his birthday Disha was also the part of the family get together.

Disha has done quite a few ads before entering Bollywood, she appeared in Cadbury Dairy Milk advertisement in 2015. In 2016, she appeared in a music video Befikra along with Tiger Shroff. She also did a movie MS Dhoni: The Untold Story and played love interest of Sushant Singh.

Who all can do this🙈🤣