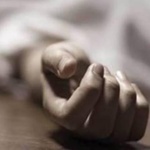 Nagpur: In a shocking investigation carried out by Gittikhadan police revealed that the members of Sonbasre family had tortured their daughter-in-law to an extent that a 25-year-old woman had left with no choice but to hang herself.

Gittikhadan police have booked Shevanta, mother-in-law of the deceased along with her husband Santosh and his two elder brothers Shiva and Parmya Sonbasre under section 306, 34 of IPC..

Sadhna Santosh Sonbasre had committed suicide by hanging herself from a ceiling fan at her residence on December 28, 2018. However police first registered a case of suicide, but the preliminary investigation revealed that the accused family thought that Sadhna had a suspicious character and due to which they used to thrash and abuse her on the regular basis. Frustrated over the repeated torture, Sadhna took the extreme step, claimed the police sources.