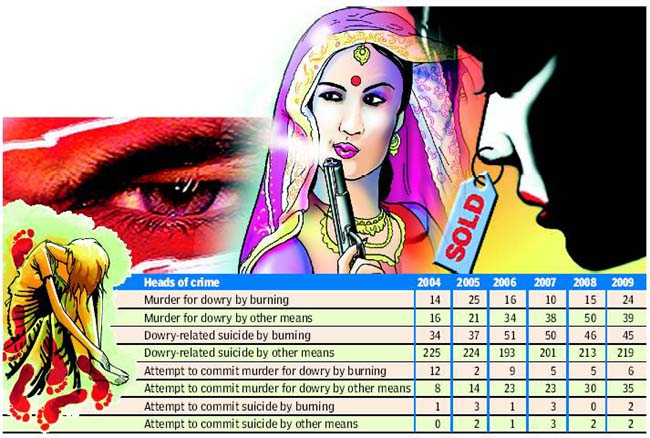 Nagpur News: Notwithstanding several Laws, Acts, debates in country’s Parliament, Assemblies, public uproar, the tragic incidents related to dowry demands have been increasing by leaps and bounds instead of declining if one were to consider the Anti-Dowry Laws and Acts being implemented in the country to curb the incidents.

The fresh example could expose the ugly face of dowry. A woman Dhaneshwari Sonu Verma (19) is battling for life in Mayo Hospital after being set ablaze by her greedy husband, and in-laws, too, over dowry. According to police, Dhaneshwari, a resident of Indira Gandhi Adarsh Nagar slum, got married with Sonu Dani Verma. After the marriage, Dhaneshwari, within a short period, started becoming victim of dowry demand and, was, tortured, both mentally and physically by the husband Sonu, mother-in-law Kuvariya, brother-in-laws Heera, Shiva, and, one Prabhakar on daily basis.

According to reports, Dhaneshwari daringly refused to become a victim of dowry by not fulfilling the diabolical wishes of her husband and other in-laws. This fact enraged the Satanic brains of her husband and the in-laws who poured kerosene on Dhaneshwari’s body and set her ablaze thus injuring her seriously on May 21.

The gravely burnt Dhaneshwari was rushed to Mayo Hospital where, according to doctors treating her, she is battling for life. The Ganeshpeth police have registered offences of torturing and trying to kill Dhaneshwari under relevant sections of Anti-Dowry Act and IPC. They have launched a detailed investigation into the matter.