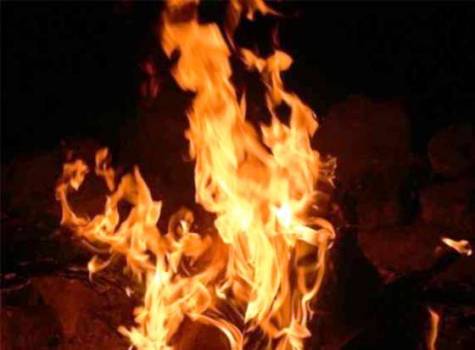 With rise in mercury, cases of fire have increased in city. On the intervening night of Tuesday and Wednesday, fire broke into the house in Shanti Nagar in which three people sustained burn injuries in an attempt to control the fire. Sources said, fire evoked in the house of Nandkishor Ramteke, a resident near Jain Mandir, Shanti Nagar was sleeping in his house when he sensed fire flames in the house. He and two others Vanita Ramteke and Sawan Heti attempted to control the fire which was consuming the house. But, they sustained burn injuries in the process.

Meanwhile, they informed fire fighting department who rushed to the spot. After struggle for hours, the department could control the fire. But, all the material was gutted in the fire. Reason of this sudden fire could not be ascertained till filing of the report.