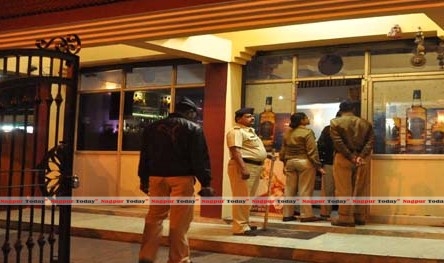 A group of 7-8 hooligans went berserk, and not only refused to pay bill in a wine bar but also indulged in damaging property and threatening an employee with life.

According to police, the accused Vikram Chawaria, Bipin and their 5-6 accomplices in the age group of 20-25 years, all residents of Valmiki Nagar, Gokulpeth, cheered and gulped a glass or two of wine in Apsara Bar, Ravinagar Square. But when it came to paying the bill for the services offered by the Apsara Bar, all the accused resorted to abusing and hitting the Bar Manager. The accused then started smashing bottles of wine, beer and other property. The rampaging accused also doled a life threat to Bhagwat Dongre, working in Awadh Hotel.