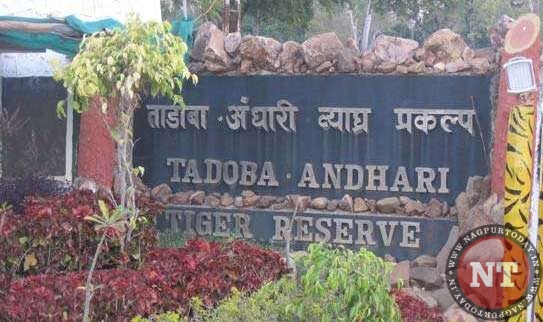 In a significant development the Hon’ble High Court comprising of Justice B.P. Dharmadhikari and Justice Z.A. Haq has directed the PCCF {Wild Life} to file an affidavit giving all the details of “VIP ENTRIES” permitted by DFO TATR in TADOBA ANDHERI TIGER RESERVE IN last one year. The court was hearing a PIL NO:-88/2017 filed by wild life enthusiastic person Avinash Prabhune alleging excessive tourism in Tadoba Tiger Reserve.

The petitioner has also challenged the “circular/ notification” terming as “Rules For Entry” by which the fees of entry for a common man is determined / fixed as Rs.8000/ per trip. According to the petitioner the forest department is charging exorbitant charges as ENTRY FEES from common man but at the same time permitting VIP PERSONS to visit the forest at free of cost.

The counsel for the petitioner pointed out that although only 12 vehicles per day are allegedly permitted as “VIP QUOTA OR MANAGEMENT QUOTA” per day it is found and observed that large number of vehicles were permitted by CCF field director of TATR in the month of April to December2015 [total 3759 as against permissible 1248] The counsel for the petitioner Adv Tushar Mandlekar also pointed reply of respondents in para no-12 that 124 vehicles were permitted as VIP QUOTA/ MANAGEMENT QUOTA as against 24 for two days on 24-12-2015 and 28-12-2015. Similarly 322 vehicles were arbitrarily permitted by field director as against 84 vehicles in seven days from 31-10-2016 to 06-11-2016 as stated in affidavit in para no. 17. Hence the misuse of powers by the field officers is apparent on the record.

The Hon’ble High Court has then asked the forest department lawyer that “why there is a necessity of VIP QUOTA in India when there is no such culture in foreign countries?” The counsel for forest Mr. Chotu Uikey replied that sometimes foreigners and VIP’s like Ministers and politicians come for the visit and hence CCF has to permit them.

The Hon’ble High Court posted some tough questions like…”what is the need of VIP QUOATA ? “

“Who has framed this VIP Quota?”, “Whether the record in maintained?” etc.

The Hon’ble High Court has then orally directed the counsel for the forest department to file the detail reply of PCCF along with details of all VIP ENTRIES in last one year within one week.

According to the petitioner, there is a rampant misuse of powers by forest officials who are illegally permitting so called VIP’S by arbitrarily exercising their discretionary powers for obvious reasons. The petitioner has submitted all details in PIL & Rejoinder exposing violations of the forest officials of guidelines issued by NTCA on 15-10-2012 u/s 38 {o} of WLPA 1972 issued in pursuance of directions of Hon’ble Supreme Court of India and demanded various directions to regulate the excessive tourism in the State of Maharashtra and all other illegalities committed by respondents. The petitioner has prayed for quashing the “exorbitant fees” of Rs.8000/ per trip charged by forest department for “Jungle Safari” and also has demanded complete ban of VIP ENTRIES in TATR in larger interest of wild life.