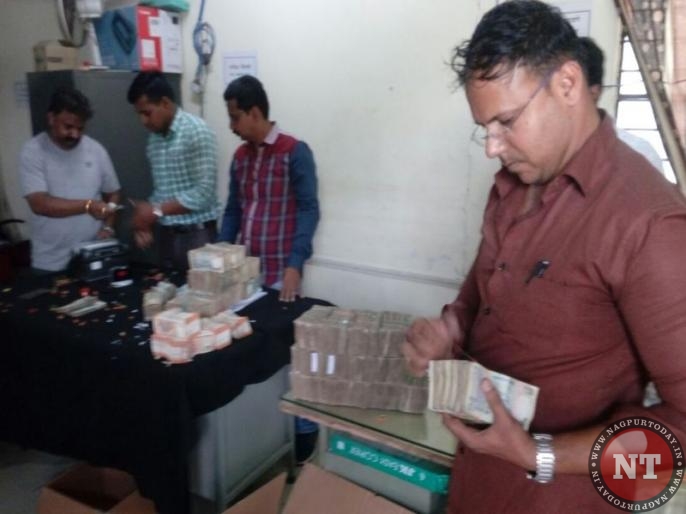 Nagpur: Nagpur police commissioner Dr K Venkatesham has directed Deputy Commissioner of Police (Zone IV) Nilesh Bharne to inquire into seizure of Rs 3.18 crore ‘Hawala’ cash by Nandanvan Police on early Sunday morning. “I have asked DCP Bharne to verify the matter following rumours that the cash seized from a car was much more than reported by Nandanvan Police,” said the City Police chief.

Cops checked the vehicle thoroughly and found customised compartments at bottom of all the four seats of the car stuffed with the cash.

Besides the driver, Rajesh Mende (40), a resident of Mini Mata Nagar, Kalamna, and Navneet Jain (20), a resident of Tulshi Nagar, were in the car. The vehicle was taken to Nandanvan Police.

Under the guidance of Senior Police Inspector M N Nalawde and Police Inspector (II) Salunkhe, cops counted the cash. Police inquiries revealed that the cash belongs to one Khajan Thakkar, proprietor of M/s Maple Jewellery Private Limited, Raipur (Chhattisgarh). Meanwhile, sources said that the cash seized by the cops has not been given to the Income Tax Department on Sunday being a holiday. Police would hand over the cash to Investigation Wing of Income Tax Department on Wednesday.

As per the procedure, Commissioner of Income-Tax Department has to open Personal Deposit Account with Reserve Bank of India/State Bank of India to deposit the cash seized during such raids. The Department would wait for the claimant.