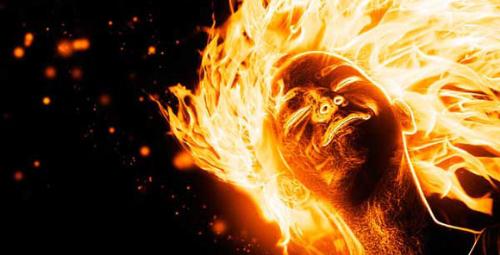 Nagpur News: Crimes against women seem to have no end. In another shocking  to shame Nagpur city, a thirty year old woman set herself ablaze and succumbed to burn injuries last night, unable to bear her husband constant physical and mental harassment for dowry.

Gangubai Dasa Lashkar (30) had been married to Dasa Ramji Lashkar (32) and living with him at their residence in Vinobha Bhave Nagar for five years. Dasa allegedly used to make constant demands for dowry, harassing and abusing Gangubai frequently. Unable to take the torture anymore, Gangubai poured kerosene on herself and set herself ablaze on 4th January.

Gangubai was taken to Government Medical College and Hospital (GMCH), where she had been undergoing treatment for her burns since then. But she succumbed to her injuries and her doctors declared her dead last night. Based on a statement of Gangubai taken after her suicide attempt, and on a complaint filed by Gangubai’s father at Lakadganj Police Station, Lakadganj police have filed a complaint under sections 498 (a) and 306 of the Indian Penal Code. Lakadganj Police Inspector Navgire confirmed this. Dasa has been arrested for abetment to suicide and other offences.