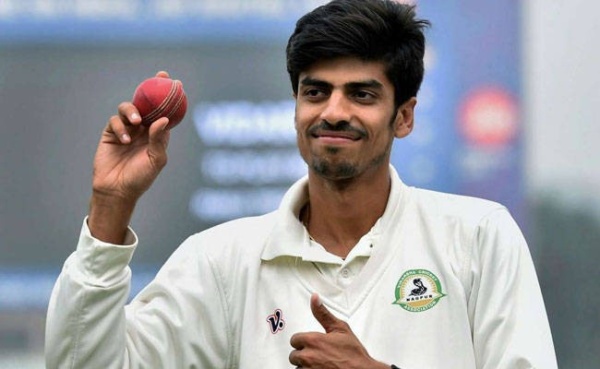 Nagpur: Vidarbha ended up with a record 800 for seven before pacer Rajneesh Gurbani tore through the Rest of India batting to put the reigning Ranji champions on the cusp of securing the Irani Cup here.

Vidarbha, who began day four at 702 for five, declared at 800 for seven after Apoorv Wankhade (157 not out off 221) scored his second first-class hundred. Vidarbha’s mammoth score is the highest total in Irani Cup’s history.

Gurbani (4/46), who is only the second bowler to take a hat-trick in a Ranji Trophy final, then had RoI reeling at six for 98 in 28 overs before they recovered to 236 for six at close of play.

Hanuma Vihari (81 batting) and Jayant Yadav (62 batting) saved the blushes for RoI with an unbeaten 138-run stand for the seventh wicket.

It is unlikely that Vidarbha would be able to bowl out RoI twice on day five but a very likely first-innings lead will be enough to lift the trophy.

Gurbani had Ravikumar Samarth (0) caught before he removed RoI captain Karun Nair (21). Umesh Yadav, at the other end, dismissed the in-form Mayank Agarwal (11).