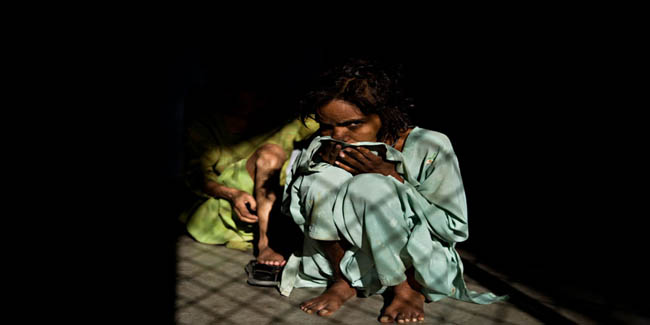 Nagpur News: A criminal minded woman “cooked up” a devilish plan and sold a woman, badly in need of running her life for day-to-day life, in Rajasthan for Rs 65,000. The woman and her one accomplice have been arrested by the police in this connection.

According to police, the main accused Kamlabai Sukhdeo Savarkar (50), resident of Bharatwada Bhandeshwar Society, Kalamna, and Ranglal Karu Mali (65), native of Ranodiya, Kota in Rajastshan, have been arrested. Kamlabai first introduced the woman to her friend Rakhi. Rakhi enticed the woman with a job of cooking food in Rajashtan. The poor and needy woman was perfectly trapped in their nefarious designs. Rakhi promised the woman of Rs 20,000 salary per month. After noticing the woman totally trapped in their ugly motives, Rakhi called her to a temple in Bhavani Nagar and took her Kamlabai’s house and introduced her with a man Jamnalal. The man took the woman to another woman Durga’s house. Jamnalal and Durga again introduced the woman with a man Ghanshyam. After the introductions and introductions, they all took the woman to Rajasthan.

However, after reaching Rajasthan, the woman was “married” with Ranglal Karu Mali. After the “marriage,” all the gang members Kamlabai Savarkar, Jamnalal, Rakhi and Durga “recovered” their cost of Rs 65,000 after selling the “product” (The woman). However, the woman soon realized, also, developed cold feet, that she had been sold to Ghanshyam and Ranglal at the “cost” of Rs 65,000. The poor woman was warned by Ghanshyam and Ranglal that if she tries to escape from their house, she would be killed. The woman, too, kept cool after the warning from both the men.

However, the destiny had a positive plan. The woman any how manged to escape from their grisly clutches and reached Nagpur. As soon as she arrived in Nagpur, the woman approached Kalamna Police Station and narrated her tragic tale to policemen. Police booked Kamlabai Savarkar, Jamnalal, Rakhi and Durga and also Ghanshyam and Ranglal. The PSI Vaidya after investigation into the episode, arrested Kamlabai and Ranglal Mali.

The sources said, both Kamlabai and Rakhi are pimps and are in the business since past few years. Police are now probing whether their connections are with more and more criminals who are in the women trafficking.