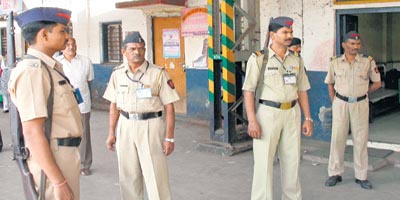 Nagpur News : Unidentified woman, allowed to sleep on the floor in the sleeper coach, is claimed to have robbed a passenger’s gold and diamond valuables worth Rs 6.05 lakhs. Complainant Ambika Katloo, a resident of Kurla in Mumbai, had alleged the robbery charges against the woman.

Katloo was travelling in Dakshin Express from Kamptee to Nagpur and the theft took place in the wee hours of Thursday. She told police that one of the passengers allowed a woman to sleep on the floor, near their berth.

According to the police, the woman got down at Ballarshah station while the theft came to light near Bhadrawati. Katloo told police that she had kept the valuables in an air bag. She claimed that he bag was locked but only the valuables were missing.

Katloo had gone for a relative’s wedding at Kamptee and was returning with her mother and relatives. She reported the matter to Nagpur Railway police on Thursday morning.