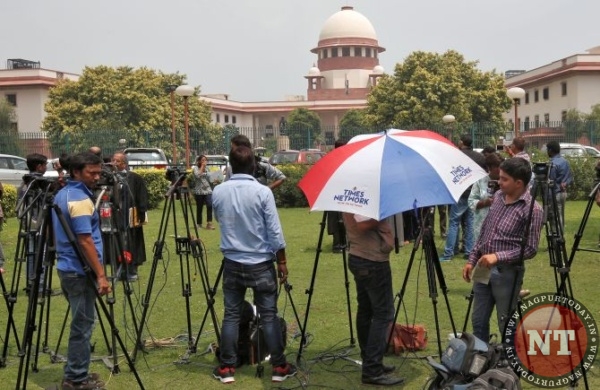 New Delhi: The Supreme Court today directed the Centre to apprise it within 10 days about the time frame for appointing the anti-graft ombudsman Lokpal in the country.

A bench comprising justices Ranjan Gogoi and R Banumathi asked the government to file an affidavit within 10 days giving details of the steps which are likely to be taken for appointing the Lokpal.

Attorney General K K Venugopal, appearing for the Centre, placed before the bench the written instructions which he had received from the government on the issue of appointment of Lokpal.

The bench has posted the matter for hearing on July 17.

The court was hearing a contempt petition filed by NGO Common Cause, which had raised the issue of non-appointment of the ombudsman despite the apex court’s verdict of April 27 last year.

The Supreme Court, in its last year’s verdict, had said there was no justification to keep the enforcement of the Lokpal Act suspended till the proposed amendments, including on the issue of the Leader of Opposition in the Lok Sabha, were cleared by Parliament.

The Centre had on May 15 informed the apex court that senior advocate Mukul Rohatgi has been appointed as an eminent jurist in the selection committee for appointment of the anti-graft ombudsman Lokpal.