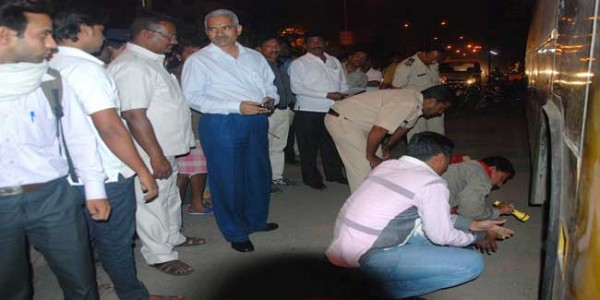 Nagpur News: Kotwali police have booked 8 criminals of a gang for attempt to murder a youth and creating terror by violent acts.

According to police, the gang members Raja (28) resident of Hassanbagh, Dattu (25), Mominpura, Sonu (25), Hassanbagh, Papa (26), Tajbagh Sharif, Irshan Pathan (26), Killa Mahal, Nagpur, Jabbar (25), Takiya, Shahrukh (19), Ganeshpeth ST Quarters and Aashu (21), Killa Road, Mahal conspired and planned to kill Sheikh Imran Sheikh (22) over old rivalry. According to their plan, all the accused youths gathered at Sheikh Imran Sheikh’s house near Agrasen Square, Shyam Talkies Road, Rustam Manzil at about 2 am of Monday (September 2), and fired a bullet at Imran but the bullet missed the target. After failing to kill Sheikh Imran Sheikh, the gang members went on rampage and created a terror in the area by smashing four-wheelers and other vehicles with iron rods. The damage caused by the criminals put the vehicle owners at loss worth Rs 50,000.

The panicky Imran approached the Kotwali Police Station and lodged a complaint against the accused youths. The Kotwali PSI Bobde booked all the gang members under Sections 143, 147, 148, 149, 427, 307, of the IPC and Sub-Sections 3+25, 4+25 of Indian Arms Act, Section 7 of Criminal Law Amendment Act and Section 135 of Bombay Police Act and investigating the matter further.