The Central Bureau of Investigation raid on Western Coalfields Limited’s Dhorwasa mines in Bhadravati near Nagpur on January 16 following complaints from transporters is just an iceberg or tip of a mountain. 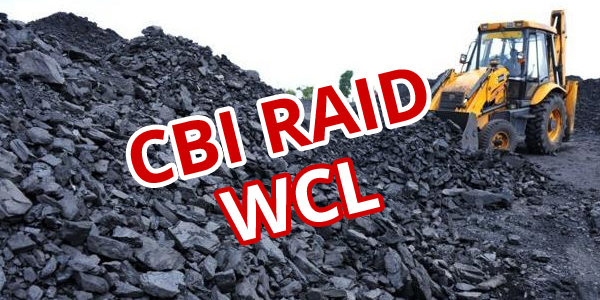 The Central Bureau of Investigation (CBI) raid on Western Coalfields Limited’s (WCL) Dhorwasa mines in Bhadravati near Nagpur is just an iceberg or tip of a mountain. The WCL, in the real sense of the word, has been the “Goldmine of corruption” since its very birth. Topmost “Ratna” of scandals, scams or swindling.

A team of CBI sleuths had raided the Dhorwasa Open Cast Mines on January 16 following complaints from transporters and had arrested Mines in-charge Manish Mishra while accepting a bribe of Rs 8,000. And thus, a number of officials have been zeroed in for the investigations and the ongoing corrupt system in Western Coalfields Limited (WCL) has revealingly been uncovered.

Sources said that the transporters could not cross the weigh-bridge without giving an amount of share to the in-charge. It’s a ‘give and take’ business for both the transporters and the mines officials.

The coal extracted from the open cast and underground mines at Telwasa and Dhorwasa is dumped for internal transport and for the road sell. The coal is then freighted by means of internal transport to the Majri sidings. While, the coal assigned to be sold is distributed through the road sell to various parts of the country. According to information, the transporters face tremendous problems to pass through the weigh-bridge. If sources to be believed, coal could not be loaded unless the amount of the share of mines in-charge is given at Telwasa weigh-bridge.

Sources said that every transporter has to pay an amount of Rs 12 per tonne and it has a share of Rs 5 per tonne for Sub-Division Manager, Rs 5 per tonne for the mines in-charge and Rs 2 per tonne to the loading manager. The coal-loading becomes an easy passage for transporters if this amount is paid or else they have to wait for days and weeks to get their work done.

According to a local WCL official, Manish Mishra was in-charge of Telwasa weigh-bridge and on the mobile phone conversation with the transporter Aziz that was being recorded. Mishra clearly confessed that there was a chain of shares in the Rs 12 per tonne amount and thus no bargaining could be done on the commission. It would be interesting to see if Mishra spills the beans and confesses his crime or the CBI sleuths would have to dig out the corrupt system deeper and deeper to reach the dirty bottom of the entire “Black Deals.” Officials also confirmed that many bigwigs might be involved in this whole ‘give and take’ system and these white collared “swindlers” might be bared in the investigations.

A transporter, on the condition of anonymity, voiced his frustration loud and clear and said that the  Loading Manager intentionally delays the process and demands Rs 1,000 per tonne after registering a two-day late entry of delivery order. It is to be noted that around 1,000 tonnes or 1,500 tonnes of coal are transported under Road Sell from Telwasa weigh-bridge every day. However, transporters have to pay Rs 100 per truck for the empty trucks at the entry gate and security guards pocket Rs 50 per truck.

The agency, assigned for the coal loading at Telwasa weigh-bridge, have to pay Rs 1,100 per truck whereas in reality the charges are mere Rs 10.

It must be noted that the posts of Loading Managers are considered highly sensitive and thus they are transferred every three years. But shockingly, these transfers are only on papers to facilitate the “Black Deals” in the coal mines, no “Goldmines.”

Sources informed that these affairs may directly lead to the central office of WCL and indepth investigations may trigger flutters in official circles involved in the ‘corrupt business’.