Even as the demise of Dawoodi Bohra community’s spiritual leader Dr Syedna Mohammed Burhanuddin sent shock waves amidst the community members in Nagpur, the entire Bohra community on Saturday gathered at the Bohra Masjid in Itwari where the live telecast of funeral procession of Syedna Sahab was being shown. The funeral procession of Dr Syedna Mohammed Burhanuddin began from his Malabar Hill residence in Mumbai, where lakhs of mourners gathered to pay tributes to the spiritual leader of the Dawoodi Bohra community amid tight security arrangements.

The Bohra community in Nagpur was in profound grief since they heard the news of sad demise of Syedna Sahab. On Friday as the news poured in by 12 pm, the community members here went aback by hearing the news and rushed to the community mosque leaving all their tasks aside. 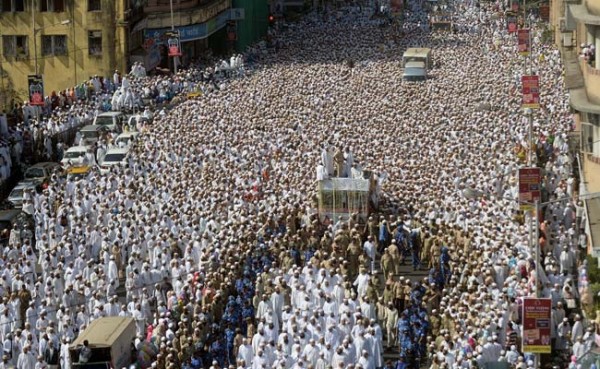 Ali Akbar Mehmood, a 29 years old Dawoodi Bohra member informed that the last train to Mumbai yesterday went jam packed even as railways was cordial enough to add two more bogies to this train. “All the followers filled up the compartments. Be it AC or any class in the train, the people sat wherever they found place just to be the part of last journey of Syedna Sahab. We also thank to the railway department who understood the sensitivity of the situation and added extra bogies. Most of the other members went by other means. Some took flight, some others drove straight in their own vehicles to Mumbai.”

Describing the gloomy atmosphere here another community member recalled, “It was too shocking for us to handle it. Even today whenever we hear Syedna sahaab a divine current flows through our bodies. When we first got the news that he had passed away we thought it was just a rumour spread by some of his enemies. Many from Nagpur kept calling at Mumbai mosque and by late evening it was clear that Syedna Sahaab was no more.” 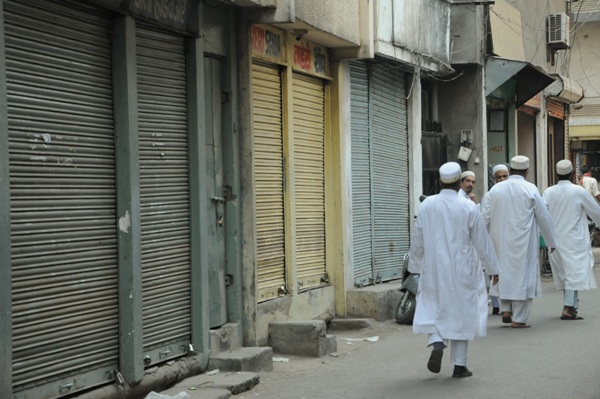 During his visit to Nagpur, Dr Syedna Mohammad Burhanuddin had said, “This city has found a permanent place in my heart.” His last visit to city was in 2003, when a grand programme was organised at Yashwant Stadium. The whole atmosphere echoed with the chants of ‘Maula Maula’ that time.

Sheikh Shabbir Bhai Fidvi informed that Syedna Sahab stayed at Sheikh Abdulla Bhai Maimun’s residence at Nelson Square. During his stay here, Hakimi Mosque, Shanti Nagar and Mosque Fakhri at Mangalwari were inaugurated by his hands. He had also laid the foundation of MSB Education Institute hall and community hall of Bohra community at Sadar. Iqbal Bhai of ‘Anjuman-e-Ijji’, organisation informed that Syedna Sahab’s birthday was on February 9 and preparations for it were in full swing. However, his sad demise has come as a shock for his followers. 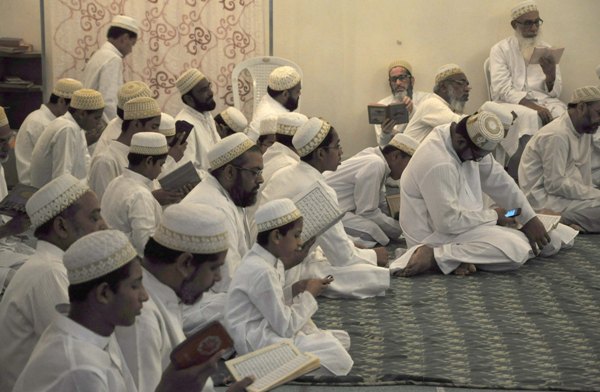 Meanwhile, the procession in Mumbai, which moved at a snail pace commenced around 10 am from Saifee Mahal, where community members converged in huge numbers for the final journey of the 102-year-old leader, who will be laid to rest at Raudat Tahera mausoleum in Mumbai at Bhendi Bazar later in the day.

Syedna Mufaddal Saifuddin led the Namaz-e-Janaza of the late Syedna.

As scores kept joining the procession every minute, to get a last glimpse of the spiritual head while it proceeded through Walkeshwar Road in South Mumbai, the route was closed for traffic to allow easy passage.

Hordes of members have gathered here at Bohra masjid in Itwari to see the live telecast of procession live.

Meanwhile, Thousands of people from all walks of life joined hands to form a human chain across the Road and bid a tearful adieu to the departed leader, who passed away after a cardiac arrest yesterday.

The body of the departed leader was placed in a flower-adorned casket draped with the national flag atop an open vehicle, escorted by policemen, immediate family and community heads.

Earlier in the wee hours today, at least 18 people were killed and 40 injured when a stampede broke out in the Malabar Hill area when Syedna’s followers started thronging his house after learning about his death.

Dawoodi Bohra is a sect of Shia Muslims spread all over the world. One of the key principles of the sect is “patriotism as part of the faith.” The 52nd Dai al-Mutlaq of the worldwide Dawoodi Bohra community, the leader was the eldest son of Syedna Taher Saifuddin. He succeeded his father upon his death in 1965.

He was credited with transforming Dawoodi Bohras into a vibrant community and honoured with highest civilian titles like the Star of Jordan and Order of the Nile by the respective governments of Jordan and Egypt.

Syedna was conferred Honorary Doctorates for his efforts in social and educational development by renowned institutes like Al-Azhar University, Cairo, Aligarh Muslim University and University of Karachi. 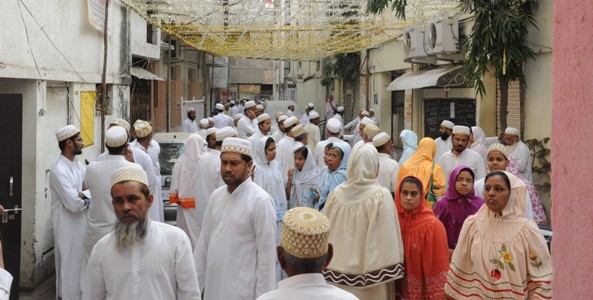 Dawoodi Bohra Community members in Nagpur mourned the sad demise of Dr. Syedna Mohammad Burhanuddin. The women clad in burqas too joined the male members to express grief over the spiritual guru’s demise.