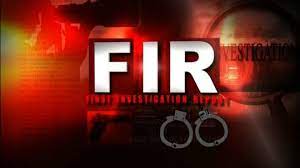 Nagpur: An innocent man found himself in the dock as he was rounded up by Wadi police from Arni, Yavatmal, due to a flawed First Information Report (FIR) recently. The botched up arrest spoiled his Holi celebrations in another angle in the matter. The innocent man, identified as Shukla, was enjoying the Festival of Colours at his in-laws’ place when he faced the police action.

Shukla was taken into custody for questioning after the registration number of his car got mistakenly included in the FIR in the case of a six-year-old girl’s molestation, instead of that of the actual offender. The offence was registered following a complaint from a woman whose daughter claimed to have been shown an objectionable video by a man inside a car, when she was playing outside her house.

The car’s registration number was included in the FIR after scrutiny of the CCTV footage which had captured the incident. One of the digits in the number plate got mistakeny changed, which led to the blunder.

The Wadi police after realising the mistake, immediately released him along with his car, allowing him to rejoin family and expressing their gratitude for his cooperation, shortly after it came to the fore that the basis of their action was incorrect.

Correcting the wrong, Wadi police intercepted the actual suspect’s car from Ravi Nagar. The driver of the car, Manish Yadav, was placed under arrest on Wednesday. Being a driver, Yadav was in the possession of someone else’s car.