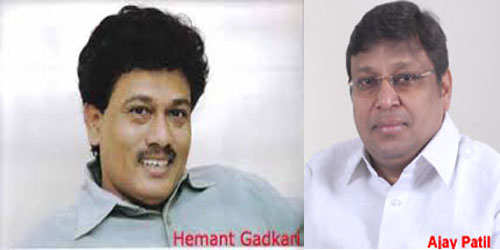 Nagpur News : The stone pelting on MNS supremo Raj Thackeray’s vehicle on Tuesday night at Ahmednagar, has enraged the activists of Maharashtra Navnirman Sena (MNS) across the State. The MNS activists in Mumbai already started their protests against NCP workers and its leaders. Nagpur was not untouched by these protests. On Wednesday, MNS activists pelted stone on a starbus under Nandanvan Police Station area to demonstrate their protest.

When Nagpur Today contacted Hemant Gadkari, Vidarbha President, MNS regarding this protest and stone pelting on Starbus, he said, “He expressed grief over stone pelting on a starbus as part of protest. He said that attack on MNS supremo was a shameful act and they would protest strongly till NCP leaders do not apologize to Raj Thackeracy on behalf of their partymen. He also said that NCP activists attacked the vehicle of Thackeray on the orders of Ajit Pawar, R R Patil and Sharad Pawar.

When contact Ajay Patil, City NCP President, said that attack on Raj Thackeray was shameful and he was equally against it. But, it was not proved that the attack was done by NCP workers. MNS workers had no proof against NCP workers, so blaming NCP and demanding apology from NCP leaders is baseless. MNS workers should first prove the involvement of NCP workers in the attack and then demand an apology. He was of the opinion that Nagpur is a calm place and MNS activists are creating unnecessary disturbance in the city. He said that MNS activists should protest in a calm and non-violent manner.

Following this stone pelting and protests by MNS activists, Nagpur police is on toes to handle any situation. Security has been increased in major parts of the city.